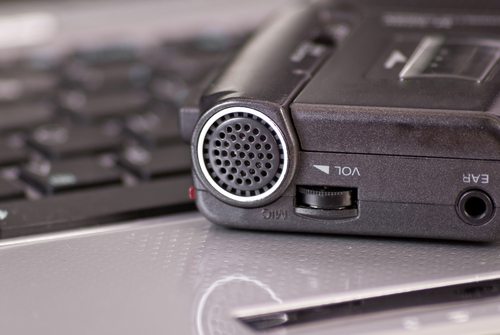 Last week, Republican Party leaders ran for the hills when they discovered—not that they had done any legitimate investigation—that Cliven Bundy, the poster child for their opposition to the Bureau of Land Management, was an unrepentant and vigorous adherent of some odious racist theories. This week, the Los Angeles chapter of the National Association for the Advancement of Colored People faces its own version of this, explaining away why it had planned to give a lifetime achievement award to Donald Sterling, the owner of the Los Angeles Clippers, at the chapter’s May 15th banquet.

Apparently, prospective NAACP honoree Sterling was heard on a recording distributed by TMZ expressing a variety of racist comments in a conversation with a much younger woman identified as his girlfriend named “V. Stiviano.” The octogenarian Sterling’s comments to his black and Mexican girlfriend, apparently in her mid-20s included these statements, according to TMZ:

Like the sudden discovery of Bundy’s arcane and reprehensible beliefs, many people and institutions associated with Sterling, including the National Basketball Association itself, are expressing shock and surprise about Sterling’s rants. The new commissioner of the NBA, Adam Silver, committed to investigate Sterling, determine if the recording was authentic, and whether the league would take action against the Clippers owner.

Sterling’s past history on issues of race was not unknown prior to the NBA’s investigation of the Viviano tape. In 2010, Dave Zirin, the sports columnist for The Nation, wrote about Sterling and the Clippers, referencing some evocative quotes and behaviors attributed to “the Slumlord Billionaire”:

Those are cases that Sterling had to settle and pay out on. Others have been replete with charges and countercharges, notably a suit filed by NBA Hall of Famer Elgin Baylor alleging that Sterling had told him that he wanted a team “composed of ‘poor black boys from the South’ and a white head coach” –the Clippers coach at the time was Mike Dunleavy, a white man, but the coach is now Doc Rivers, an African-American.

As a slumlord who has been draped in charges of racial discrimination for over a decade, Sterling does have a lifetime of achievement to account for, but that doesn’t seem to have fazed the local NAACP. When Sterling was up for this award back in 2009, around the time of Baylor’s discrimination lawsuit, Leon Jenkins, the president of the Los Angeles branch of the civil rights organization, was quoted to say that Sterling “has a unique history of giving to the children of L.A.,” including donating between 2,000 and 3,000 tickets to Clippers home games for youth groups. Jenkins added, “We can’t speak to the allegations, but what we do know is that for the most part [Sterling] has been very, very kind to the minority youth community.”

The Clippers released a statement that questioned whether the recording was authentic or had been tampered with, which suggests something less than a complete denial of the TMZ report. The team’s statement included the following: “It is the antithesis of who he is, what he believes and how he has lived his life. He feels terrible that such sentiments are being attributed to him and apologizes to anyone who might have been hurt by them.” Sterling’s history suggests that he has lived his life in ways that don’t quite comport with that statement, and the apology to “anyone who might have been hurt” is, as pathetic as it is, an acknowledgement that the man has made statements to the effect of what he was allegedly recorded to have said on the Stiviano tape.

So why would the NAACP give an award to Sterling, given his track record as a slumlord? Was his charitable giving so stunning? It is hard to really say. His personal foundation, the Donald T. Sterling Charitable Foundation, shows several grants annually of $5,000 apiece to Los Angeles area high schools, perhaps reflecting Sterling’s gifts of tickets for Clipper games. The team’s charity, the Los Angeles Clippers Foundation, funds a variety of youth and sports activities. Unless Sterling wrote personal checks for the NAACP, the only grant to the Los Angeles chapter seems to have been $5,000 in 2010 from the family foundation according to its Form 990, though the NBA shows Jenkins receiving another grant from Sterling just last year.

Sadly, if the Stiviano recording had been revealed on May 16th, Sterling would have ended up brandishing his new award. Together, Sterling and Bundy have together done a fundamental disservice to the effort to combat racism. Because of their back-to-back statements, critics will be on the lookout for examples of overt racism, articulated by people who seem barely part of the twenty-first century, leading them to overlook the still-pervasive everyday behaviors, practices, and policies that create and perpetuate racial inequities.—Rick Cohen