LA’s Museum of Contemporary Art Comes Back from the Brink 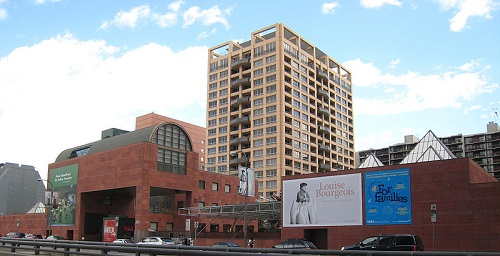 In a comeback so remarkable that America’s top two national newspapers covered it, along with its hometown daily, the Los Angeles Museum of Contemporary Art (MOCA) appears to have regained its footing and returned from the institutional dead.

“After three years of tumultuous leadership, the Museum of Contemporary Art in Los Angeles said it was nearing the end of a search for a new director and announced on Monday that it had reached a fund-raising milestone that would ensure it does not have to merge with another institution or face dissolution,” said the lead paragraph in the New York Times.

“The fundraising effort amounts to a happy denouement for the museum, which weathered criticism after it nearly depleted its endowment to cover operating expenses several years ago. The museum also took flak for hiring a former art dealer, who struggled to steer its fundraising efforts and has since stepped down,” reported the Wall Street Journal.

And the Los Angeles Times said that the museum’s leaders “see the achievement as a turning point after five years of financial instability that has led to budget and staffing cuts, including a winnowing of the curatorial staff from eight to the current two through layoffs or resignations.”

MOCA has one of the most important collections of postwar art in the US, but it has endured financial difficulties for years. It announced this week that it had a combination of $60-plus million in solid pledges and donations on hand that would raise its endowment to $100 million. It was a goal its board members set last year as being essential to a sustainable future, and the highest in the museum’s history. The LA Times says the endowment campaign will give MOCA an immediate financial boost, which it very much needs—its operating budget last year had been its lowest since the late 1990’s. The museum’s leadership told the LA Times that it expects the big fundraising push to lead to further successes.

“Although lauded for the quality of its collection of post-World War II art and for a track record of ambitious and insightful exhibitions since its 1983 opening, MOCA has been seen as a problem child in the museum world, dating back to the 2000’s, when it ran a string of budget deficits and improperly dipped into its endowment’s principal,” reported the LA Times.

Then, due to overspending and declining investments from the Great Recession, MOCA’s endowment was down to a few million dollars in 2008 from a high of more than $40 million in 2000. Eli Broad, one of the museum’s founding board members, came to the rescue and donated $15 million, pledging $15 million more to match contributions by others. However, MOCA could not find enough donors to match his funds. Broad, a billionaire who made his fortune in home building and insurance, is considered Southern California’s leading philanthropist.

A new fund-raising drive, however, will “eliminate any doubt in the public’s mind that we’re not here to stay,” said the museum’s interim director. MOCA’s troubles became so bad that proposals were floated over the past few years to merge it with the Los Angeles County Museum of Art (LACMA), a larger general interest museum. Last year, March, LACMA proposed a merger sweetened with a $100 million infusion for MOCA, but MOCA’s board said that it was committed to keeping the museum independent and embarked on the endowment campaign.

However, at the time, doubts had begun to surface as to whether the MOCA board was committed to funding the museum and whether it would continue as a stand-alone operation. In December 2012, the University of Southern California, whose main campus is in downtown Los Angeles, as is MOCA, and which is Los Angeles’ largest private sector employer, confirmed that it was in discussions with the museum over an unspecified partnership.

Directly across the street from the MOCA’s main site, Broad and his wife are building the Broad Museum, a private contemporary art museum. However, MOCA has no plans to share curatorial, administrative or any other significant resources with it, although the two museums will collaborate on marketing strategies and have a cooperative relationship.

The museum was a textbook case of “how not to do it.” Even as it was recovering financially, it went through three tumultuous years under the leadership of Jeffrey Deitch, a veteran New York art dealer whose selection as the museum’s director in 2010 was highly controversial and unusual, according to the NY Times. Although he produced a few popular and critically praised exhibitions, MOCA suffered from staff defections, budget problems and the departure of all four artists on the museum’s board, who complained that Deitch was taking MOCA “too far away from serious shows and toward celebrity, fashion and pop culture.”

After he resigned last year, the four artists joined the search committee for a new permanent director, who will most likely be a museum professional, not someone from the commercial art world or from other nonprofit institutions. A new director will probably be chosen in the next few weeks; currently, MOCA is being managed by an interim director.

“One of the new permanent director’s first tasks will be to boost the museum’s endowment to $150 million,” a board leader told the Journal.—Larry Kaplan