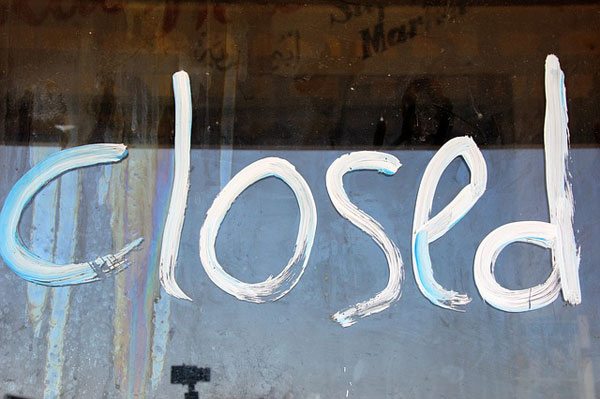 “In an era where civic discourse is dominated by spin…”

It sounds like a pitch for a new journalism startup, or the latest fundraising campaign in your inbox. Unfortunately, the tagline was actually the mission statement of yet another small nonprofit to go belly-up. The board of the New Hampshire Center for Public Policy Studies recently announced that the well-respected, nonpartisan research center would close without a path for continued viability.

Founded 22 years ago by funders on both sides of the aisle (plus the state’s university system and largest charitable foundation), the Center filled a niche by providing staunchly “independent” research and analysis on pressing issues including public school funding, local governance, and Medicaid expansion. It appeared that the Center’s mission could be classified under the “needed now more than ever” category of public service at a time when the nation is increasingly polarized.

But, necessary work isn’t necessarily economically blessed. As the Center’s board chair pointed out, there is no silver bullet for increasing your donor pool alongside the rising costs of running operations.

“The Center has earned a reputation for producing high quality, unbiased public policy research,” Chair Eric Herr said in a press release. “Though the need for that perspective continues, we have found it increasingly difficult to attract the financial resources necessary to serve our mission.”

“Our long-time supporters have been extremely generous over the last two decades… However, New Hampshire is a small state and we’ve been unable to expand the pool of donors who are willing and able to support our work going forward.”

The nonprofit’s 2015 financial statement recorded approximately $175,000 in contributions and grants and $215,000 in program service revenue, placing it among the many small shops across New Hampshire with budgets under a million dollars. In a rural state with no income tax, nonprofits often pick up the slack when government services are underfunded.

As a Keene Sentinel editorial pointed out, the state’s structure made the Center’s work even more essential because “lawmakers have no meaningful legislative staff” to work on research and often rely on outside lobbyists.

“Factual information is essential to maintaining a free society,” said attorney Kate Hanna, a Center board member, in the press release. “Unfortunately, it isn’t free. It takes a great deal of work by people with integrity to produce the type of information that democracy needs.”

Although the rising wave of nonprofit journalism highlights a new model for philanthropy-backed information gathering, the efforts are fueled by the bread and butter of most nonprofits: individual donations.

Is there still a place for nonpartisanship? National nonprofits like the ACLU and Planned Parenthood raised millions in so-called rage donations following the 2016 election and seem to be rewarded for entering the political fray on a multitude of new issues.

Yet, in New Hampshire, even the remaining public policy organizations are operating under small budgets. The Josiah Bartlett Center for Public Policy, the state’s “premier free-market think tank,” reported $208,000 in revenue in 2014. The NH Fiscal Policy Institute, fostering economic opportunity for residents with an emphasis on low and moderate-income families, reported $402,000 in revenue in 2015.

Once a founding funder, the University of New Hampshire created its own institute of public policy (now a full-fledged school) in 2002 with a prestigious research arm.

Ultimately, the Center’s closure may stem from the challenges that keep every nonprofit leader up at night: succession planning, diversifying revenue, and competing for attention and dollars in a post-Trump landscape. The organization had not replaced its longtime leader, Steve Norton, since he left in August 2017 and its influential economist, Dennis Delay, passed away several years ago.

The Sentinel contends that “the worst part of the center’s demise may be the timing” with the public sphere polluted with “fake news” and propaganda. But, watching another vital member of the third sector dissolve is equally disheartening.—Anna Berry