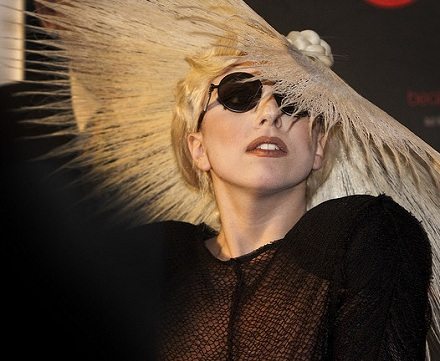 On February 29, 2012, Stephanie Germanotta, known as Lady Gaga, launched the Born This Way Foundation (BTWF) at Harvard University’s Sanders Theatre. Lady Gaga presented her mission and vision of what BTWF will provide for bullied youth in front of a panel of distinguished guests including Oprah Winfrey and U.S. Secretary of Health and Human Services Secretary Kathleen Sebelius and author Deepak Chopra, as well as non-profit organizations, foundation leaders, and students. Before speaking to a panel of experts, Gaga made an appearance at a youth summit where high school students shared experiences with bullying and efforts to prevent it.

Lady Gaga dressed in black from head to toe for the occasion and spoke of the goals BTWF hopes to achieve: “The goal is to challenge meanness and cruelty by inspiring young people to create a support system in their respective communities,” she said. She also said the three pillars of her foundation will be to promote “safety, skills and opportunities” for youth. Winfrey joined forces with the Born This Way Foundation because she stated it encompassed some of her core beliefs, including kindness, compassion and care for others.

Lady Gaga’s foundation intends to reach out specifically to troubled gay and lesbian youth. The foundation, which NPQ has previously reported on, is named after her 2011 album, and its title track has become an anthem of empowerment and pride within the gay community. Gaga remarked on how the single inspired her to further dive into youth and LGBT empowerment, saying, “After I put the song out, the conversation ignited even further…I never wanted this conversation to end. I thought how I could keep it going.”

Lady Gaga will also be traveling with the Born Brave Bus, which will serve as a large cross-country tailgating party for youth to come and discuss any problems and for young people wanting to help inspire others. The foundation will also take on cyber-bullying. At the panel discussion, Gaga acknowledged that implementing widespread change is a daunting task and will be a long process. Clearly, the Born This Way Foundation has some lofty goals; it will be interesting to see how this mega-celebrity’s brainchild evolves. –Aine Creedon