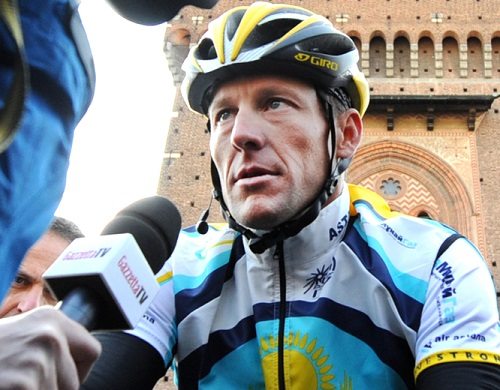 NPQ has published quite a bit about the problems that tainted donors pose to nonprofits as well as those problems caused by founders who are closely identified with an organization only to be found to be less than saintly.

This case, then, is a twofer. Saying that he is not one for the sidelines, Lance Armstrong said he would consider starting a new cancer charity if it is not in the cards for him to return to Livestrong, the foundation he created and seeded with his own money in 1997. Since its inception, the foundation has raised $500 million. Armstrong is no longer part of that team; he was asked to separate from Livestrong in October 2012 after he was stripped of seven Tour de France wins and was banned from racing for life by the U.S. Anti-Doping Agency.

Recently, however, Livestrong President Doug Ulman said in an interview that Armstrong might be welcomed back into the fold. Soon after, board chairman Jeff Garvey contradicted that claim with a statement to the Associated Press which said that a return of the cyclist to Livestrong “in any capacity is not on the table.”

In light of those mixed messages, it is unsurprising that Armstrong, a survivor of testicular cancer, told the Des Moines Register that if he wasn’t welcome at Livestrong, he would either found another charity, “which is probably the most likely scenario, or just be willing and able to help, wherever I’m asked.”

Clearly, if Armstrong did decide to found his own new charity, it could potentially attract some of the same donors as Livestrong.