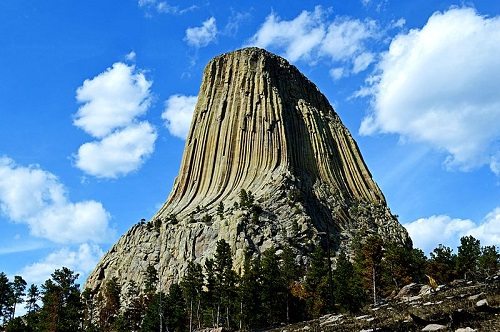 The entire history of land preservation for national monuments in the West has been fraught with controversy, virtually since President Abraham Lincoln authorized the creation of Yosemite National Park in 1864 and President Theodore Roosevelt made Devils Tower the first National Monument under the Antiquities Act of 1906. The controversies seem to have gotten worse, as state and local authorities resist what they perceive as unwarranted federal intrusion while others decry what they feel is a sluggish federal response when quick and decisive action is warranted.

In Utah, south of the Canyonlands National Park, there is an area of ancient cliff dwellings in a region of sacred and historic value to the Navajo Nation. The Navajos have proposed that Congress establish the Diné Bikéyah National Conservation Area, which would protect 1.9 million acres from development. Utah’s congressional delegation apparently hasn’t been particularly rapid with its response, so the nonprofit Utah Diné Bikéyah has lobbied Washington to establish the area as a national monument. That is within the purview of President Obama, who can establish national monuments unilaterally.

Implying that Utahans don’t agree with the Navajos, Senator Orrin Hatch (R-UT) ignored the purpose and latitude of the Antiquities Act to say, “It makes me worried that [the president will] just ignore the wishes of the people of Utah and just do what he wants to—like Clinton did,” referring to President Bill Clinton’s 1996 declaration of the Grand Staircase-Escalante National Monument in Utah. Hatch could have said “just like Teddy Roosevelt did,” but Hatch apparently doesn’t favor attacking American historical icons.

“Like the attack on Pearl Harbor, this massive proclamation came completely without notice to the public,” Hatch amazingly declared. “The biggest presidential land set-aside in almost 20 years was a sneak attack.” The comparison to Pearl Harbor might have been a slight rhetorical overreach by Senator Hatch.

Will President Obama take action? Democrats such as Representative Raul Grijalva (D-AZ) are pressuring him to name a few monuments before the midterm elections. Jen Ujifusa of the Southern Utah Wilderness Alliance points out that four of the five national parks in Utah started out as national monuments named by presidents under the Antiquities Act. Republicans are trying to put constraints on the Antiquities Act, such as establishing limits on how many a president can decide per state in a term and adding the requirement of an environmental review (though it would seem that land preservation would generally always get a positive review as compared to the alternative of development that would despoil pristine areas).

Here is the real choice for President Obama. On one hand, he faces the advocacy of a number of groups calling for him to establish new national monuments, including two in Utah plus others in Nevada, New Mexico, Idaho, California, and elsewhere. He could save those sites from development if he acted and, as Ujifusa notes, their national monument designations would spur positive economic benefits from tourism. On the other, with national elections only a couple of years away, he might shy away from making designations in order to appeal to the political sensitivities of Nevadans, New Mexicans, and others in swing states who might vote for a Democratic presidential candidate but fear federal unilateral action in their states.

“It will not be received well,” said Bruce Adams, chairman of the San Juan County Commission where the Diné Bikéyah area is located, addressing the prospect of unilateral presidential action. “It will look like overreach on the part of the administration, more federal intrusion into the lives of the people who came here to pioneer a part of the country no one wanted.” The same might have been said to Abraham Lincoln and Teddy Roosevelt as well. It might be good to remind 21st-century pioneers like Adams that unless remaining pristine lands like the Diné Bikéyah area are preserved, there won’t be much left to remind Americans of their pioneer past.—Rick Cohen