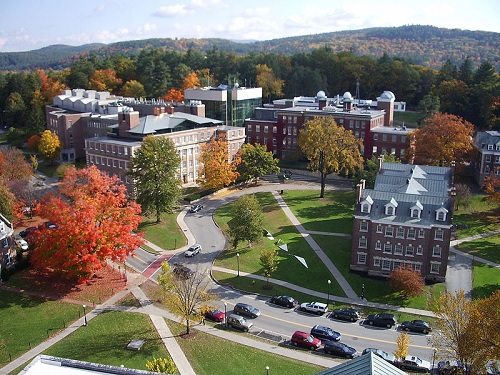 A bill that would eliminate business tax exemptions for some New Hampshire nonprofits is only targeted at hospitals, colleges, and large nonprofit organizations, reports the Concord Monitor.

That distinction draws attention to the generally accepted view that large institutional organizations are very different from small, community-based charities, even though both are classified as nonprofits by the IRS. It’s akin to saying that General Motors and your corner bakery are both for-profit enterprises, although very different in size, profitability and operations.

New Hampshire Rep. David Hess (R) acknowledged that his bill caused “a considerable amount of angst” from nonprofit groups. The Monitor reported that the proposed change would tax nonprofits that receive more than $2 million in revenue for their programs and services, which would include colleges, hospitals and large agencies, but would not affect the “ma and pa” charities.

The bill is before a N.H. House committee now. It would not increase state revenue, as Hess proposes broadening the tax base to allow the state to lower the overall tax rate. Nonprofits’ requirement to pay the tax would be based on the revenues in their IRS 990 forms. Organizations with less than $2 million in revenue would not be taxed; religious organizations are exempt from filing 990s and would not be subject to the change.

As in many states and localities, hospitals and universities are some of the largest organizations in N.H. and receive millions of dollars in revenue while being tax exempt. Critics say this is unfair to taxpayers, and that these institutions do not pay for their fair share of public services. Defenders say that such large and prestigious institutions contribute to the civic and cultural vitality of their hometowns and employ many people who pay taxes and spend their salaries locally.

The New Hampshire Center for Nonprofits opposes Hess’s bill, calling tax exemptions for nonprofits a “long-held” agreement between government and the nonprofit sector that acknowledges nonprofits’ important role in society, said the article. The number of nonprofits affected by the bill remains unclear.

Hess said the bill would tax fewer than 200 of the 10,000 nonprofits in NH. But the Monitor reported that the Center estimates the number of groups with more than $2 million in revenue is greater than that. The New Hampshire Hospital Association also opposes the bill, which faces strong opposition.—Larry Kaplan