Lawsuits as Environmental Battleground: A Corporate Trade Group Gets Busy 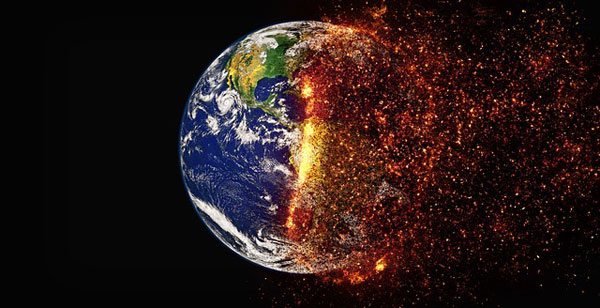 No one could deny that lawsuits are a popular and effective path to address social issues, including those having to do with the environment. For instance, cities such as San Francisco and Oakland are suing fossil fuel refiners ExxonMobil, BP, Chevron, ConocoPhillips, and Shell to pay for a seawall to protect the cities against rising sea levels.

Environmental attorney Matt Pawa is leading the suit. Because of his work to “establish global warming as a ‘public nuisance’ under tort law, holding corporations accountable for their greenhouse gases,” Pawa has become a target for a new project within an established trade organization.

The National Association of Manufacturers (NAM) is a lobbying group that wields significant power in Washington as one of the largest industry trade group of its type. NAM is a nonprofit, a 501c6 business league with assets of $40 million that aims “to increase understanding among policymakers, the media and the general public about the vital role of manufacturing to America’s economic future and living standards.”

Their new effort, the Manufacturers’ Accountability Project (MAP), spreads a message that wealthy environmentalists are seeking to kill jobs and put manufacturers out of business. (They do not state the basis for identifying environmentalist activists as “wealthy.”)

MAP is the trade organization’s answer to the rise in climate liability cases, as attempts to change regulations and federal policies have foundered. At this point, climate suits have not come to many successful conclusions, but many cases are pending. In May of 2017, Reuters reported the results of a study done by Columbia University in conjunction with the UN that said the US filed 654 of the 900 active cases worldwide since 2014. MAP has seen this increase in suits and occasional triumphs as a time to fight back and counter these actions.

It should be noted that the majority of the lawsuits are against governments for failing to address the dangers of climate change. In the US, children have sued the federal government for threatening the environment, stating that the government knowingly caused climate instability. There have even been some successes: in the Netherlands a class action lawsuit was won to lower emissions; in Ireland they recently ruled that they have a constitutional right to a nontoxic environment; and in Germany, a climate liability case moved ahead.

“Judicial decisions around the world show that many courts have the authority, and the willingness, to hold governments to account for climate change,” said Michael Burger, executive director of Columbia’s Sabin Center for Climate Change Law. He cited a 2007 lawsuit that forced the U.S. Environmental Protection Agency to regulate greenhouse gas emissions. “Similar litigation all over the world will continue to push governments and corporations to address the most pressing environmental challenge of our times.”

The Supreme Court’s ruling in Massachusetts v. Environmental Protection Agency, which said greenhouse gases can be the cause of pollution damage, could be the foundation for many more liability cases, meaning lawsuits in separate states against the federal government may be better positioned to win.

New York Attorney General Eric Schneiderman and state comptroller Thomas DiNapoli have been probing ExxonMobil to discover if securities fraud was committed with misinformation provided to shareholders by the corporation. The AG stated, “Evidence suggests not only that Exxon’s public statements about its risk management practices were false and misleading, but also that Exxon may still be in the midst of perpetrating an ongoing fraudulent scheme on investors and the public.” No charges have been filed to date. MAP’s website calls the investigation “politically motivated” and contends without any evidence provided to support it that there is a “web of collaboration” between New York’s attorney general and “anti-manufacturing advocates.”

There are many nonprofits in the fight to repair the damage from pollution and climate change, such as the Environmental Defense Fund, Sierra Club, and the Union of Concerned Scientists. MAP is the new nonprofit fighting for polluters.—Marian Conway