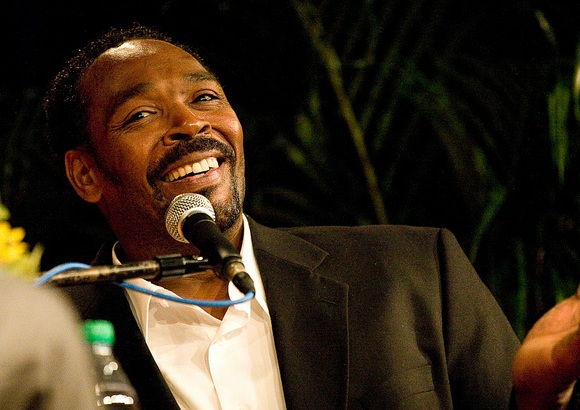 There are seminal moments in life that you will remember forever—and people who vaulted from distance and sometimes obscurity into larger than life roles, sometimes as walk-ons, sometimes from a life completely devoted to specific purpose and meaning. Through the character of Malvolio in Twelfth Night, Shakespeare said, “Some are born great, some achieve greatness, and some have greatness thrust upon them.” It’s true.

Sometimes leadership is a role that one would have never expected nor wanted, but circumstances can make it unavoidable. With the passing of Rodney King over the past weekend at the age of 47—the result of an apparently accidental drowning in his swimming pool—we ask about the symbolic and substantive importance of individuals for society and of course for the nonprofit sector. King had no intention of being a symbol for the change needed in our society before the incredibly vicious beating he suffered at the hands of Los Angeles police officers (so vicious that it is truly amazing he even survived).

During the resulting riots, we recall the rather stirring evidence of the importance of nonprofits as stores along Vermont Avenue in South Central Los Angeles suffered damage from vandalism and fires, but the damage largely circumvented the small shopping center developed by the Vermont-Slauson Economic Development Corporation, sparing the stores that provide employment to more than 400 workers. Although formed before the riots, the Concerned Citizens of South Central Los Angeles developed an impressive program of services regarding employment, youth programming, and community organizing in the decades that followed. One of the truly impressive organizations that vaulted into prominence was the Community Coalition of South Los Angeles, founded by Karen Bass, who went on to become Speaker of the California State Assembly and now represents California’s 33rd Congressional District in the U.S. House of Representatives.

For those of us who remember these events well, it is easy to focus on what the resulting riots meant for social change, or on the roles that nonprofits played in the recovery, rebuilding, and the search for meaning. But what about Rodney King himself? Did King fail to “realize his importance,” in the words of his former attorney? King’s memorable plea, “Can we all get along?” will live forever, as it seemed like something different than a vapid “love conquers all” sentiment. In the wake of his arrest and beating, King watched a poor community self-immolate. Before he was pulled over by the Los Angeles police, Rodney King probably would never have imagined, much less sought, the leadership role that was thrust upon him. To us, he appeared to be a sad and troubled man, made more so by the historical weight he carried wherever he went in his life after 1992.

Rising to the role of the leader in a way matched only by heroes and heroines in history who have put their obligations to society over their personal wants and needs, Aung San Suu Kyi spent more than two decades under house arrest in Burma. Her detention came under the orders of a regime of sequestered existence rivaled only by the Kim family’s rule of North Korea. She left her husband in the U.K.; when they got married, she had told him that her responsibility to her country’s freedom came first. She was awarded an honorary doctorate from Oxford in absentia. Her husband died from prostate cancer while she was in Burma. He had been denied a visa to come to Burma to see his wife, as the generals in Yangon appeared to hope that she would visit him in England and then never return (or never be permitted to return).

Known to all as “the Lady,” Aung San Suu Kyi might have lived her life as an academic spouse in Oxford with plans to establish a library in Burma upon her husband’s retirement. She had beliefs, values, and integrity, but she wasn’t planning to be the icon of her nation’s flickering commitment to freedom. Yet, her nation needed her strong moral convictions to stand up to the generals. She was awarded the Nobel Peace Prize, like her Oxford doctorate, in absentia.  Twenty-one years later, she was able to come to Oslo and give her Nobel lecture, as her fortitude and integrity had outlasted the generals who had put her under house arrest.{loadmodule mod_banners,Newswire Subscription Plea}

When someone suggested that her life was a Greek tragedy, having sacrificed family and career for more than two decades of house arrest as a symbol of Burmese democracy, Aung San Suu Kyi disagreed. “I made a choice,” she said, opting to live most of her life as the embodiment of the hope of freedom for the Burmese people. Aung San Suu Kyi had greatness thrust upon her, and she chose to more than live up to the challenge.

The Absence of Leadership

Others—even those who seek out leadership—sometimes shun the responsibility that it entails. Consider the recent circus of the U.S. Senate Banking Committee’s “kid glove treatment” of JPMorgan Chase CEO Jamie Dimon during his testimony last week. Both Democratic and Republican political leaders were to question Dimon on his firm’s trading practices that lost upwards of $3 billion on some arcane investment scheme based on something called a “synthetic credit portfolio,” but instead, Dimon was fed a diet of softball questions couched in a bipartisan gauze of admiration—and hunger perhaps for campaign support.

Sen. Bob Corker (R-Tenn.) described Dimon as “one of the best CEOs in the country for financial institutions” and suggested that the massive losses were “a blip on the radar screen.” Banking Committee chairman Sen. Tim Johnson (R-S.D.) chose “tempest in a teapot” instead of blip on the radar screen to dismiss the Dimon crisis, and Sen. Jim DeMint (R-S.C.) added, “It’s comforting to know that even with a $2 billion loss in a trade last year, your company still had a $19 billion profit.” Democrats were little better, with even Sen. Chuck Schumer (D-N.Y.) lobbing slo-pitch softballs Dimon’s way. This prompted a tweet from the Center for Responsible Lending: “JD still allergic to rules that might have prevented $2B debacle.” In other words, under the Senate’s “leadership,” there is no reason for preventing a $2 or $3 billion debacle (some analysts predict the total will be more like $7 billion in losses) when it is only a tempest in a teapot or a blip on the radar screen.

Of the many media reports on the generally “fawning” nature of the Senate’s interaction with Dimon, perhaps Rolling Stone’s Matt Taibbi summarized it best: “The senators treated Dimon like a visiting dignitary and a teacher of great wisdom, not like a man who, after growing very rich off of public money, had put the whole economy at risk by engaging in wildly unsafe financial sex on a grand scale…Somebody has to remind these legislators who it is they work for, and it’s not Jamie Dimon.”

We wonder whether Dimon’s appearance would have been quite as comfortable had he been questioned by the nonprofit advocacy organizations whose work called out the “too big to fail” banks and blew the alarms on the depths of recession their behavior was leading the nation into—groups like the Center for Responsible Lending, the National Community Reinvestment Coalition, the National Council of La Raza, and others. As for the Senate Banking Committee, it powerfully demonstrated the importance of leadership and greatness by showing us what their almost total absence looks like.

Recognizing the Role of the Individual Leader

Nonprofit sector organizations are wont to try to train people to be leaders or to paint pictures of everyone being a leader. For some years now, the sector has been focused on a concern about “the nonprofit sector’s leadership deficit,” the title of a monograph by Bridgespan’s Tom Tierney from 2006 suggesting the need for 640,000 new senior managers between 2007 and 2016. The National Leadership Alliance, formerly known as American Humanics, took off from the Tierney paper to outline the leadership skills and attributes nonprofit leaders needed, competencies such as nonprofit management, community outreach/marketing and public relations, program planning, implementation and evaluation, etc., and additional skills such as integrating impact analysis into program planning and communicating nonprofit relevance to foundations and to corporate transformation agendas.

All of these tracts raise good and important issues for nonprofit leadership as management, but sometimes you have to wonder about nonprofit roles in societal leadership positions—that is, instances when the nonprofit sector stands up for principle and its leaders take on the mantle of real leadership even when it is uncomfortable. That could be the leadership displayed by some nonprofits that rose to the occasion of the Los Angeles riots and maybe, in passing, even stood by the somewhat tragic, symbolic figure of Rodney King. Maybe it is leadership like that practiced by Aung San Suu Kyi, standing by one’s principles despite an unfathomable personal sacrifice. And maybe it is nonprofit sector leadership that chooses not to play toady to corporate tycoons like Jamie Dimon and provides examples of mettle and character that the Senate Banking Committee seemed to have checked at the door before they took their seats last week.

As a comic foil in Twelfth Night, Malvolio was puffing himself up for more importance than he deserved as a steward in Olivia’s household who somehow became convinced that Olivia was in love with him. When some people write their treatises telling the world how they, too, can be leaders, they seem to be stuffed shirts no less than Malvolio. But think about leaders like purposeful leaders like Aung San Suu Kyi; reluctant or accidental leaders like Rodney King, who never wanted the role he was cast into; and buffoons like the senators who slobbered over Dimon and perhaps his campaign contributions in dereliction of their leadership duty. The nonprofit sector has to look at these people and realize that history moves not just by grand social forces, but also by the roles that individuals play—by accident, by deliberate choice, or by folly.

From Moment to Movement? Activists Debate Next Steps