LeBron James Returns to Ohio: What Will That Mean for Philanthropy? 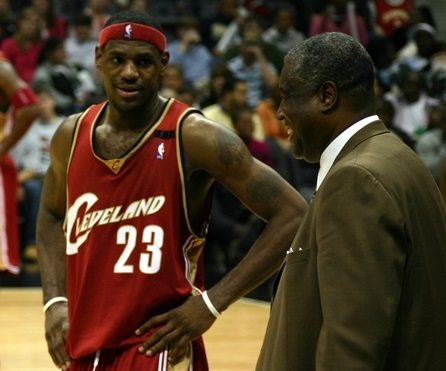 LeBron James is coming home to Akron—well, actually Cleveland, where he will be playing for the NBA’s Cleveland Cavaliers, but the populace of Akron will be happy nevertheless. Despite James’s splashy departure from Cleveland for the Miami Heat four years ago, the LeBron James Family Foundation has continued to play a role in his hometown of Akron. Nonetheless, his return to the Cavaliers will likely mean new energy into his northern Ohio philanthropic grantmaking. What has James’s grantmaking been like from his perch in Miami, and what might it turn into in Akron now that he’s returning to northeastern Ohio?

According to the most recent three years of the foundation’s Form 990s posted on GuideStar, the foundation has had some significant ups and downs related to its fund-raising, but unlike some other sports and celebrity charities, James’s foundation has put some significant dollars into its signature youth programs. The foundation’s core programs have evolved from a potpourri of charitable assistance to poor families in 2010 (school supplies, Thanksgiving turkeys, etc.) to a more nuanced thoughtful array of activities: the foundation’s “staple program,” Wheels for Education (incentives and strategic outreach to help children succeed in school, with an overall objective of increasing the graduation rate in Akron), NE Ohio Basketball Shooting Stars (providing middle school and high school students the opportunity to play traveling teams), grants to the Akron Public Schools (for a two-week technology camp offered to participants in Wheels for Education, and additional grantmaking for youth programs. The following table, based on the charity’s 990s, demonstrates that the LeBron James Family Foundation, unlike some other sports charities, is getting money out the door.

As of the foundation’s 2010 990, the executive director was listed as Jacquelyn Nance, the spouse of Frederick Nance, who was paid $84,250 in 2008. However, in 2008, James shifted the foundation to more of a board-driven entity, relying on consultants rather than staff to carry out its activities. The current executive director of the foundation, listed as unpaid in the 2012 990, is Michele Campbell, a vice president of the LRMR Management Company, also sometimes referred to as LRMR Marketing. LRMR’s business seems to be largely LeBron James, if the content of the firm’s website is any indication.

Despite his years with the Miami Heat, James never lost his commitment to his hometown of Akron and to northern Ohio in general. “He may have played basketball somewhere else, but he never left Akron, Ohio,” said Akron Mayor Don Plusquellic. “LeBron James is a better person than he is a basketball player.” As James said at a recent Akron I PROMISE event that drew 20,000 people, “I don’t plan on going nowhere.” The foundation has specific, continuing initiatives in the form of the Wheels for Education program and the Akron I PROMISE network, the latter apparently strongly tied to the Akron Public Schools. Neither has been subjected to the kind of withering criticisms that have plagued other sports celebrities’ charities, of doing a little here and a little there, with no real substance behind the activities. The LeBron James Family Foundation programs appear at this time to be serious, long-term, and with LeBron James himself personally involved.

What’s in the future for the LeBron James Family Foundation? Programmatically, the foundation can play an active role in boosting the prospects and resources for children in Akron. As the research from the Fund for Northeast Ohio demonstrates, the region’s recovery from the devastating recession will rely partly on investments in education. LeBron James cannot fix the Akron or Northeast Ohio economy, but his presence and his personal involvement through the foundation can infuse new levels of vitality into the Akron philanthropic community.

There is something else, however, that is important. James is certainly the best professional basketball player since Michael Jordan and may well be deemed the best ever once his career ends. Michael Jordan’s charitable foundation ended up getting a measure of negative publicity for its high administrative costs and low charitable output, though it was probably much more mixed picture than simply a sports charity gone bad. (Since the closing of the Michael Jordan Foundation, he and his mother Deloris have created the James R. Jordan Foundation, named after his murdered father, and then the James R. Jordan Foundation International, the latter dedicated to children’s health issues in Kenya, though the JRJFI is clearly Deloris’s initiative and not Michael’s.) LeBron James has the opportunity to maintain and expand a foundation dedicated to the children of Akron that can do great good for the community and avoid the missteps that have befallen so many other athletes’ charities, including Michael Jordan’s. Maybe he can be among the NBA career all-stars for establishing and running a charity the right way. Something tells us that with LeBron James, this is entirely possible.—Rick Cohen