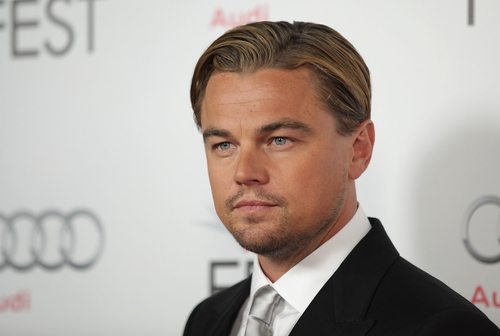 “The fact is this is the 11th hour,” Leonardo DiCaprio announced to charity guests as the 11th Hour Auction was about to begin on Monday. “Bid as if the fate of the planet depended on us.”

The actor collaborated with Christie’s in New York City to host a charity auction for the Leonardo DiCaprio Foundation, which included original pieces from such artists as Robert Longo, Carol Bove, Joe Bradley, Dan Colen, Mark Grotjahn, Sergej Jensen, Bharti Kher, Elizabeth Peyton, Rob Pruitt, Sterling Ruby, and many more. By the end of the night, 33 works of art had been sold, bringing in $31.74 million. Combined with a $5 million matching donation and additional donor gifts, the total came to an impressive $38.8 million raised for environmental and conservation projects, allegedly making this the largest benefit of its kind for environmental projects. Total proceeds for the charity auction far exceeded their goals; 11th Hour Action organizers had expectations of raising $18 million.

Many philanthropists achieved record-high sales for artists, including works of art from Carol Bove, Joe Bradley, Mark Grotjahn, Raymond Pettibon, among others. Top sellers of the event were Mark Grotjahn’s “Untitled,” which went for $6.5 million, and Zeng Fanzhi’s “The Tiger” at $5 million. A number of auctioned works had tiger themes, since one of DiCaprio’s first conservation efforts focused on doubling the population of endangered species of tiger in Nepal, and a portion of charitable donations will go to initiatives for protecting wildlife and endangered species.

The Leonardo DiCaprio Foundation and a team of environmental experts will determine how the money raised will be allotted to conservation projects.—Aine Creedon