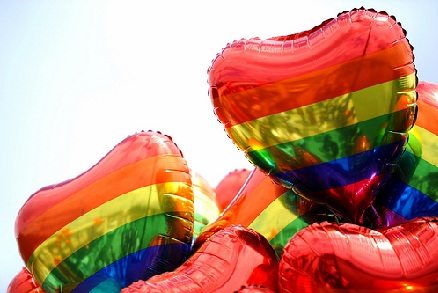 The “5Qs” series on Philantopic, the opinion and commentary arm of the Philanthropy News Digest, is really worth paying attention to. The latest is five questions posed to Karen Zelermyer and Andrew Lane of Funders for LGBTQ Issues (Zelermyer is president and CEO and Lane is the chair). The latest report from Funders documents 800 foundations investing north of $771 million in support of LGBTQ issues during the past four decades. The Philantopic Q&A keys off of the report.

Interestingly, the first two questions posed to Lane and Zelermyer address a distinction between funder support for HIV/AIDS versus LGBT issues specifically. Responding to a question about the role of celebrities in promoting LGBTQ philanthropy, Zelermyer distinguishes the HIV/AIDS focus of Elizabeth Taylor and Princess Diana, for example, with the impact of Lady Gaga and Ellen DeGeneres, the latter two focusing more directly on LGBTQ issues and rights.  Zelermyer makes a special note of their LGBT Racial Equity campaign, aiming “to move funding for people of color issues to 15 percent of overall LGBTQ funding.” Regardless of the advances, both Lane and Zelermyer note that foundation grantmaking for LGBTQ issues is still very, very small as a proportion of all foundation grantmaking, with plenty of needs yet to get significant foundation support.

Lane, for example, acknowledges the support of foundations addressing hate crimes, especially in the wake of the brutal beating and murder of Matthew Shepard, but pointed out that funder support for advocacy on anti-bullying laws doesn’t end the problem of bullying that LGBTQ students face in schools. He suggests, “New legislation may be the least effective solution.”   Zelermyer adds, “Changing the law is hugely important, but unless we’re able to figure out how to change people’s hearts and minds around these issues, the gay rights movement will be where the reproductive rights movement is right now. The laws can change, but to what end if the culture doesn’t?”

To highlight how much has been accomplished and how much there is to be done, Lane noted that the Obama administration’s stance on hospital visitation by LGBTQ partners may be “the single act on the part of the Obama administration [that] probably will do more to affect the lives of LGBT people—whether they’re single, partnered, or married—than any in recent history.” At the same time as this newswire is being written, however, Peter Wallsten reported the shocking news in the Washington Post that the Obama administration declined to issue an executive order that would prohibit federal contractors from discriminating on the basis of sexual orientation or gender identity. The message was delivered to gay rights advocates in a closed door meeting with White House aides Valerie Jarrett and Cecilia Munoz, who said that President Obama prefers to pursue this through legislation rather than issuing an executive order. To say that LGBTQ advocates were surprised would be an understatement, as the news was greeted as disappointing by spokespersons for the Human Rights Campaign and other organizations. Zelermyer lauds the “between 300 and 350 foundations making grants annually in support of LGBT issues,” but there is no question that in parts of American society, even at the very highest levels, the cultural shift is slow. –Rick Cohen