Life on Mars? The Nonprofit Mission of a Lifetime—Literally 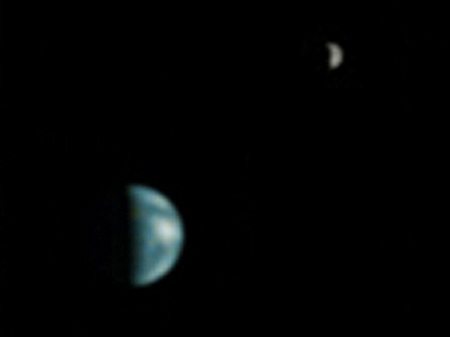 “Mars One [aims] to establish a human settlement on Mars through the integration of existing, readily available technologies from industry leaders world-wide. Mars One intends to fund this decade-long endeavor by involving the whole world as the audience of an interactive, reality-style televised broadcast of every aspect of this mission, from the astronaut selections and their preparations to the arrival on Mars and their lives on the Red Planet.”

The plans for turning this vision into reality are summarized in this video from Mars One:

In brief, the plan is to first send a bunch of exploratory equipment to Mars, then living quarters and supplies, then—in 2023—a group of four humans who will live on Mars for the rest of their lives. Every two years, another group of four people will join the colony. All of this will be filmed and transmitted to create what Nobel Prize-winning theoretical physicist Dr. Gerard ‘T Hooft expects to be the “most spectacular media event ever, watched by everyone on the globe.”

To get the project underway, Mars One is seeking volunteer astronauts. VentureBeat lays out the qualifications: you must be at least 18 years old, willing to undergo eight years of training, and, most importantly, you must possess the kind of social and psychological stability that enables you “to be at your best when things are at their worst,” according to Mars One Chief Medical Director Norbert Kraft. Also, you would need to possess the cognitive capacity to “let go” of Earth. Mars One has reportedly already received 1,000 applications.

All of this sounds incredibly cool, but at the end of the day, what exactly is the mission of this mission to Mars? A real-life take-off on the 1998 Jim Carrey film The Truman Show? Is creating a global media spectacle a worthwhile nonprofit mission? We’re reminded of Gil Scot Heron’s “Whitey on the Moon.” The idea of human colonies on Mars is nothing new, but this idea has usually been couched in the language of scientific exploration and a better understanding of our universe. Will it really come down to some sort of reality show that keeps Earthlings wondering whether Jen and Tim will kiss during a romantic ride in the Mars rover? –Mike Keefe-Feldman