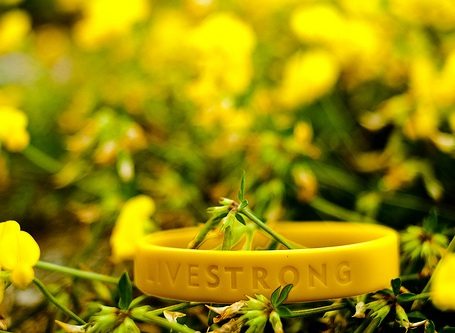 The Livestrong Foundation will soon face at least one lawsuit by refund-seeking donors arguing that the charity misled donors and misused charitable gifts. These allegations follow on the heels of founder Lance Armstrong’s recent admission of doping. Michael Birdsong, who claims to have donated more than $50,000 and raised approximately $65,000 for the foundation, told CBS News the reaction was similar to a child learning there is no Santa Claus. Did the Livestrong Foundation act illegally? Is this just a case of disillusioned donors, the wrath of which Armstrong attempted to avoid by distancing himself from the charity? The courts will decide, but either way, the story offers lessons for nonprofits of all sorts.

Let’s examine some of Birdsong’s claims discussed in recent media.

First, Birdsong said he and other donors believed the Foundation gave money to cancer research, which he later learned was not true. We cannot know what the foundation promised Birdsong at the time of his donation(s). The foundation’s website today makes no claim to funding research.

Second, Birdsong is outraged the foundation funded five staff members to fly to France for three weeks to tweet about Lance during the Tour de France. The trip culminated in a celebratory party on the Champs-Elysees. At first glance, this may seem an extravagant expense; however, more information is needed. If the Tour de France is the major fundraising event of the year, with millions of (potentially tweeting) at-home viewers, and if the foundation operates multiple social media platforms and/or multiple accounts, more than one staff person might have been necessary. Additionally, it is not uncommon for staff of any organization, for-profit or nonprofit, to celebrate following a major event. Traditionally, nonprofits do not spend a great deal of money on this type of event; however, there is no legal limit. It is up to the Board and CEO to budget appropriately for that organization.

Third, it appears that Livestrong sold its name to an unaffiliated for-profit company that operates livestrong.com. The for-profit company uses the website to sell health and wellness products. Presumably, many potential Livestrong.org visitors unknowingly end up on its .com counterpart. The Foundation is said to have made $2.5 million through this partnership. To some this arrangement may seem unusual, but consider this: nonprofits of all sizes partner with companies through cause marketing relationships that include the licensing of the nonprofit’s name. For example, major credit card companies often license the names of charities to promote their products. Apparel and food companies also license the names of charities. Susan G. Komen for the Cure has made millions of dollars off such agreements. As Shakespeare writes, “misery [or financial viability] acquaints a man with strange bedfellows.” Cause marketing is not illegal, nor is it uncommon. It is, however, subject to a number of laws and to the careful eyes of donor scrutiny and public opinion. In this case, there may have been some intentional misleading of web trafficking. At the very least, there is certainly the suspicion of such misleading activity.

Reporters also found that Livestrong had $103 million in assets, but only granted $5.2 million according to its 2011 tax return. This indicates a payout rate of 5 percent, meeting (but not exceeding) the foundation’s legal requirement. Livestrong appears to be a public charity, not a private foundation and, as such, would not be subject to the payout rate; however, the controversy about payout rates is worth discussing here as the legal distinction may not be important in the eyes of the donor. There is much public debate concerning the effectiveness of the pay out rate. Some think it encourages foundations to maintain their principal assets—and therefore grant-making activities—in perpetuity. Others believe the rate should be higher, encouraging grantmaking today rather than in the distant future.

What is the lesson here? Image matters. Nonprofits, social businesses, and cause-marketing partnerships often benefit from what has been called the “halo effect.” A verbal profession of doing good is often enough to assuage the potential doubts of donors and customers. However, just like for-profit businesses, these enterprises are run by human beings. Human beings make big mistakes and small mistakes. Unfortunately for the nonprofit sector, the Livestrong Foundation’s mistakes, real or perceived, intentional or unintentional, may have a ripple effect on donor confidence in the sector.—Jennifer Amanda Jones

This newswire was altered on July 25, 2013. The original was unclear as to whether Livestrong was a public charity or private foundation. Livestrong files a regular 990 (not a PF) and gets funds from multiple sources.