Loan to Historic Black Newspaper in Boston under Scrutiny 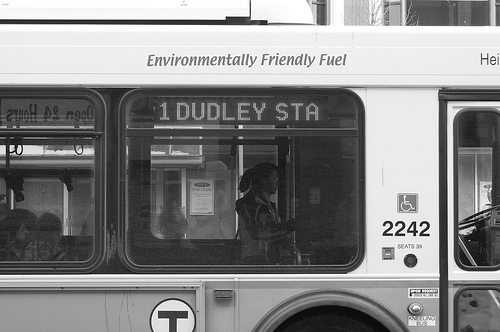 This grant from the Boston Redevelopment Authority to a community institution is under scrutiny in the wake of a long-term mayor leaving office. Although the newspaper in question is not a nonprofit, for almost fifty years, it has acted as a voice for Boston’s African American community.

It has been two weeks since five-time Boston mayor Thomas M. Menino left office, and two loans worth $200,000 have come under scrutiny. The loans were made in 2009 to the Bay State Banner, Boston’s newspaper for the black community. The paper then went on to lose more than $400,000 through 2012, finally earning $40,000 in profits last year. Since then, the Banner has made only one payment on the loans, which are now worth $280,000, according to documents obtained by the Boston Globe.

At the point the loans were made, the Banner was, along with many other community publications around the country, struggling with its revenue model. It was projecting a loss of $170,000 for 2009 against an annual budget of $1.3 million, and it had briefly shut down. Menino was in a re-election fight at the time and strongly supported the loan, which was approved much more quickly than usual. Worries surfaced that the loan could compromise the mayoral race, and in the end, the Banner made no endorsement for that race. Still, helping to save the Banner would not have hurt Menino in Boston’s black community.

This article acknowledges that these have been very tough years for publications (a major understatement for an industry in constant churn), but says that the Boston Finance Commission, a city financial watchdog, is looking into how the Banner loan was handled and is calling for an audit. The Boston Loan Development Corp., an affiliate of the Boston Redevelopment Authority, says that the loan is backed by solid financial analysis.

“The loan to the Bay State Banner was made to support an African-American community institution as it weathered a bad economy and transformed itself to meet the new realities of the publishing world,” BRA spokeswoman Melina Schuler said in a statement. “The newspaper is still in operation today.”

Melvin Miller, the owner and founder, has pledged his second home in Plainfield, N.H. against the loan, and the BRA said it expects the home to sell and the loan to be paid off. Meanwhile, since Marty Walsh, Boston’s new mayor, is supported by many community activists, some of whom were also contenders for the position, it will be interesting to see how this shakes out.—Ruth McCambridge