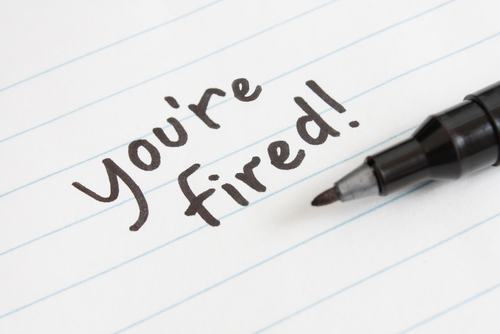 In the lead-up to the Ferguson grand jury decision, some important news on the national scene attracted scant attention—for example, the firing of the director of the Phoenix VA Health Care System, several months after she and other Phoenix VA officials were put on paid leave due to revelations about phony waitlists and allegations that the procedures might have led to the deaths of as many as 40 veterans waiting for treatment. While on administrative leave, Sharon Helman received $90,000 in pay until she was ultimately dismissed.

The VA doctor who originally brought forward the falsified waiting lists and the charges that veterans died as a result, Dr. Samuel Foote, called Helman’s dismissal “a good first step” but questioned whether the VA is really committed to making the culture changes that go beyond the removal of Helman and a handful of others.

That’s the fundamental question: Are the advocates pushing for change at the VA pushing for the kinds of change that will alter and improve the agency’s deep-seated program culture? One indication might be the VA’s openness to organizations beyond the array of traditional, old-line Veterans Service Organizations (VSOs) such as the American Legion, the VFW, and the DAV. For example, apparently for the first time ever—and many decades too late—the VA allowed the Vietnam Veterans of America to use a VA facility, in this case, the VA hospital in Portland, Oregon, for an Agent Orange town hall. It might seem to be a minor thing, but the VA culture has been controlling, sometimes impermeable, sometimes unwilling to take risks, and uneasy with dissenting voices (or whistleblowers like Dr. Foote and others).

A key indicator of the VA’s changing culture is going to be evidence of its ability to include multiple voices and to make room for more effective partnerships with nonprofits. Critics find the VA culture, even with a new VA Secretary, still calcified and protective of the bureaucrats who have made the VA into such a closed society. For example, Pete Hegseth, the CEO of Concerned Veterans of America, greeted the news of Helman’s firing with “good riddance,” and added, “We are frustrated that it took 207 days to happen. The fact that it took so long to fire someone responsible for such grave wrongdoings speaks volumes about the culture at the Department of Veterans Affairs—an agency infected by corruption and void of transparency and accountability.”

But changing some of the people doesn’t automatically lead to changing an organization’s culture. Guiding the likes of Helman out may have been completely necessary—and as Hegseth indicates, something that should have been done long ago—but the other aspect of changing the VA is to open the agency’s doors and windows to let people in. That starts with its own constituents, the veterans who have increasingly found the VA to be a place that they don’t want to go, a place where they don’t get the help they need, a Kafkaesque bureaucracy that shunts veterans from pillar to post. It also means letting in partners to help the agency deliver what it can and should for veterans and the communities they live in. There should be no more stories like this one from the Albany Times-Union, describing how the VA apparently let its on-site and community-based detox service provision wither, so veterans have to travel 235 miles from the Albany VA to the next VA facility that offers those services.

Good riddance to VA administrators who perhaps should never have been in their jobs at all, but the VA needs a lot more for successful culture change.—Rick Cohen