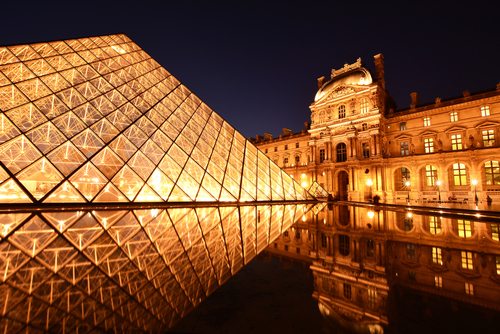 Around the world, nonprofits continue to experience a drop in government funding. European nonprofits are not immune to this trend. In France, museums are struggling to raise essential funds after two years of consecutive cuts in government support. In its place, two the country’s most famous museums, the Louvre and Musée d’Orsay, are turning to crowdfunding to expand their collections.

Earlier this week, the Louvre started a new crowdfunding campaign to partially fund the purchase of the Table de Teschen. The eighteenth-century jeweled “Table of Peace” was a gift to a French diplomat at the end of the Bavarian War. The total price of the piece is 12.5 million Euros, and the museum is looking to individual donors to fund the last million Euros, or $1.67 million.

This effort follows the Louvre’s previous successful campaigns. In all, the museum has raised over 4 billion Euros since 2010 from 20,000 donors. Their activities are part of a movement toward online crowdfunding efforts. The TABB Group, a financial markets research and advisory firm, projects that the crowdfunding market will reach $17 billion by the end of 2015.

Current nonprofit crowdfunding has roots in the telethons of the late 1950s. Both are methods of raising funds by pooling a large number of small donations from unconnected donors pledged in a short period of time. Similar efforts continue on public radio and television stations across the country. These campaigns often highlight special incentives to entice donors to participate. The Louvre offers donors of over 200 Euros the opportunity to visit the exhibit on a day when the museum is closed to the public, but what they really offer is a psychic partial ownership of the museum’s beauty.

The Louvre limits its crowdfunding expenses by hosting its efforts directly on its website. Many smaller nonprofits find it necessary to host their project on one of the many crowdfunding websites. These websites allow nonprofits the opportunity to reach more new donors. The sheer number of crowdfunding sites is emblematic of the growth in crowdfunding. Successful projects include theater productions, renewable energy, and academic research.

As the Louvre continues its crowdfunding efforts, it is also exploring more conventional methods of raising revenue. It announced it will soon welcome visitors seven days a week in the hopes of bridging its funding gap.—Gayle Nelson