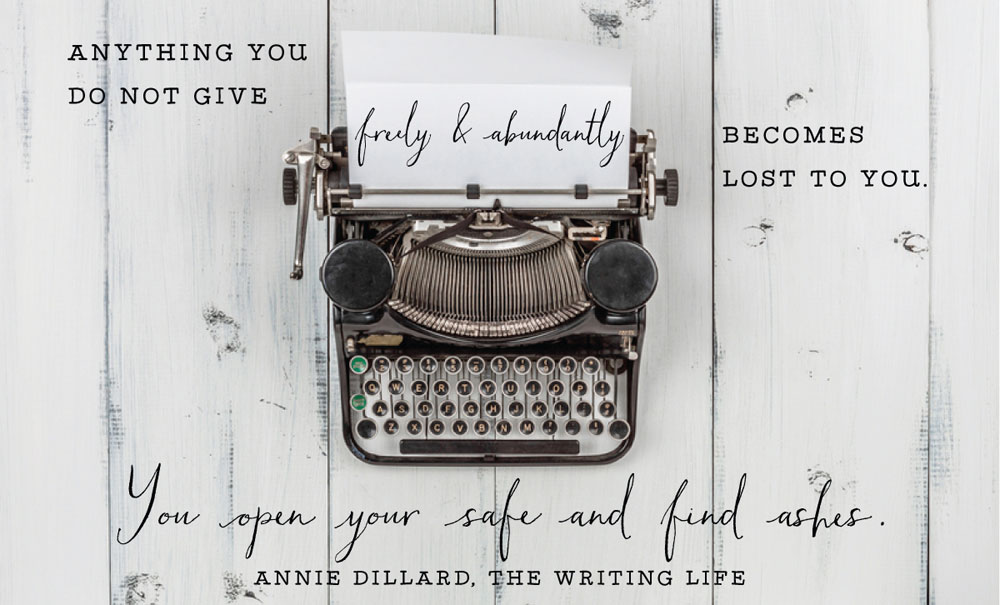 Yesterday, MacKenzie Bezos revealed that she has joined the Giving Pledge and will, as quickly as she can, give at least half of her divorce settlement of $36 billion away.

MacKenzie Bezos was among a new class of 19 givers announced by the organization Tuesday. This brings the number of signers to 200. Acknowledging that she now possessed a disproportionate amount of money, she said, “I have no doubt that tremendous value comes when people act quickly on the impulse to give.”

The emphasis on speed is notable in light of Jeff Bezos’s slow buildup to a minimal philanthropic agenda. He has not signed the Giving Pledge.

A novelist, Bezos likened the need to seize the day in philanthropy to writing:

Thinking about the Giving Pledge, my mind kept searching its folds for a passage I once read about writing, something about not saving our best ideas for later chapters, about using them now.

I found it this morning on a shelf of my books from college, toward the end of Annie Dillard’s The Writing Life. It was underlined and starred like all of the words that have inspired me most over the years, words that felt true in context, and also true in life: “Do not hoard what seems good for a later place in the book, or for another book…The impulse to save something good for a better place later is the signal to spend it now. Something more will arise for later, something better…Anything you do not give freely and abundantly becomes lost to you. You open your safe and find ashes.”

MacKenzie Bezos has previously given to fund marriage equality and support cancer and Alzheimer’s research. She’s also been personally involved with an anti-bullying organization. Late last year, after a long buildup, she and her then-husband pledged $2 billion to programs for homeless families, having previously given $33 million to fund college scholarships for undocumented immigrants who entered the US as minors.—Ruth McCambridge