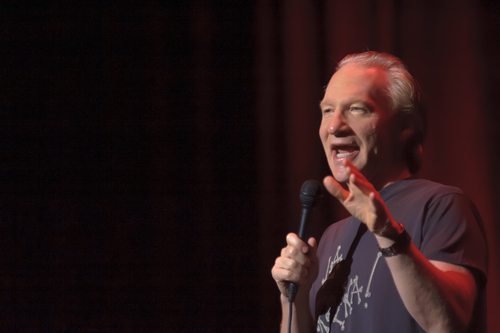 HBO’s Bill Maher recently weighed in on the question of what should and should not qualify for charitable—that is, tax deductible—donations. We suspect that Maher’s audience for these charitable giving comments probably surpassed some of the programs at nonprofit conferences debating this issue. So what did Maher say?

First, according to Mediaite, he argued that Mitt Romney “should be giving money to an actual charity rather than just the standard tithe to the Mormon Church.” His argument against charitable gifts to the Mormons has several components. One was that the good works of the Mormon Church are not the primary purpose of the religion. Maher should probably have acknowledged that religion, not charity, is the primary purpose of all religions. While the Catholic Church has a number of well recognized charitable arms, sacerdotal functions, rather than charitable functions, occupy the bulk of what the Catholic Church does. Is Maher arguing against charitable gifts to all religions?

Well, in a way he is, though he is a bit harsher on the Mormons than other religions. He describes the Mormon Church as “a cult” and “ridiculous.” As a professional free-thinker, Maher thinks that all religions are cults, just that the Mormons are more cult-like because, he contends, they are more secretive. It is difficult to imagine, however, that the Mormons are all that more secretive than the Catholic Church’s Opus Dei, for example. But the secretiveness continuum doesn’t seem to be as important to Maher as his concern that churches simply aren’t charities and taxpayers should not have to subsidize the loss in tax revenues from Romney’s tithing to the church, or anyone’s contributions to churches (or synagogues or mosques, for that matter). He contends, “It is fair game to ask what should constitute a charity.”

Second, Maher extends his questions about charitable giving beyond giving to religion. He asks, for example, whether donations for the Walt Disney Concert Hall in Los Angeles should qualify. To Maher, the concert hall isn’t a charitable function, because “unlike food and water, access to Mozart is not a basic human necessity.”

Third, he further extends his question about the arts as a charitable activity to the charitable character of certain schools of higher education. Although he spent his college years at Cornell University, Maher says he has never given the school a dime because with its “giant endowment,” as he described it, the school is well off. In other words, nonprofit wealth and assets constitute factors in Maher’s concept of charitable deductibility. “I don’t think giving to opera is charity either, or giving to Cornell, which has plenty of f—ing money and never needs any” Maher says.