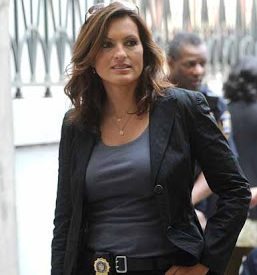 In a very unusual move at press conference held yesterday at the Manhattan District Attorney’s office, District Attorney Cyrus Vance announced the start of a $35 million national initiative to help fund the testing of backlogged rape kits around the country. The move appears to be unprecedented, with one state reaching out nationally to solve a serious and lingering law enforcement problem. It also appears to be an initiative where a foundation did some very impressive work with government to solve a measurable problem with real impact. The money will come from forfeiture funds.

Vance was joined in the announcement by actress Mariska Hargitay, founder and president of Joyful Heart Foundation, a nonprofit focused on empowering sexual assault survivors with resources and a community; Natasha Alexenko from Natasha’s Justice Project, a sexual assault survivor that has been working to eliminate the backlog; and Detroit prosecutor Kym Worthy, who helped alleviate Detroit’s own problem with backlogged kits.

“What stands in the way of identifying the scope of untested rape kits around the country as well as testing them for DNA is, quite simply, money,” said Vance at yesterday’s press conference. “Today our office is announcing a $35 million commitment to help to eliminate the backlog of untested rape kits nationwide.”

The initiative will tackle the multitude of rape kits currently sitting in police storage rooms and evidence lockers due to the lack of necessary funds to test them. While the exact number of kits is unknown, the number likely reaches the hundreds of thousands, with currently more than 12,000 untested rape kits sitting in Memphis, 1600 in Cleveland, 3700 in Tulsa, and 4000 in Las Vegas, according to Vance. Back in 2012, the number of backlogged kits was estimated to be around 400,000. With each rape kit costing around $500 to $1000 dollars to test, the $35 million commitment could test as many as 70,000 kits around the country.

According to Vance, the funds are derived from the forfeiture fees paid by international banks for violating U.S. sanctions. Law enforcement agencies across the country will need to apply for grants, and once they have been found to qualify within the guidelines, they will receive some part of the $35 million in funding.

Deputy Press Secretary for the Manhattan DA’s office Emily Tuttle noted in an email with NPQ that all the details for the grant process have not been worked out yet, but priority funding would first be given to New York districts that have a backlog, if there are any.

Vance mentioned that the initiative would likely have a number of benefits aside from matching perpetrators to previously unsolved rape cases. Following New York’s passing of the 2012 All Crimes DNA bill, which required anyone with a criminal conviction to submit their DNA samples to the state, testing rape kits will further add to the expanding national DNA database. A larger collection of DNA samples means a higher probability of matching repeat offenders with previously unsolved crimes.

Vance made further reference to several cases wherein processing a single rape kit was able to provide answers for other crimes. Keith Lamar Lester, who raped three school girls in Rochester, N.Y., was arrested 10 years later in Alabama, where his DNA was matched to the earlier sex crime. After testing Clarence Williams’ DNA in a 35-year-old cold case in New York, detectives were also able to connect him to nine unsolved sexual assaults and robberies in Silver Springs, Maryland, further illustrating that rape is not a local crime and the subsequent national benefits of the initiative. According to Vance, New York City eliminated its backlog more than a decade ago between 2000 and 2003, resulting in 200 prosecutions.

In the same stride, with an influx of DNA samples, the justice system would also be able to better identify wrongful convictions and help exonerate those imprisoned for a crime they did not commit because the database includes DNA of the real perpetrator.

Hargitay, known as the compassionate and tough detective Olivia Benson on Law and Order: Special Victims Unit and as a fierce advocate for assault survivors in real life as well, spoke briefly about what the thousands of untested kits say to the victims of the crimes:

Vance acknowledged that the $35 million would not completely eradicate the issue of backlogged kits, but it would help start a conversation and bring in other supporters that could help fund testing. Congress is also weighing President Barack Obama’s proposed $41 million initiative to fund testing of backlogged kits. However, a monumental effort is also needed to pursue prosecutions and trials and reconnect with survivors.

“Our pledge today is intended as seed money to address a national systemic problem. We’re asking other organizations to join us and provide backlog elimination grants to the cities that need them most.”—Shafaq Hasan