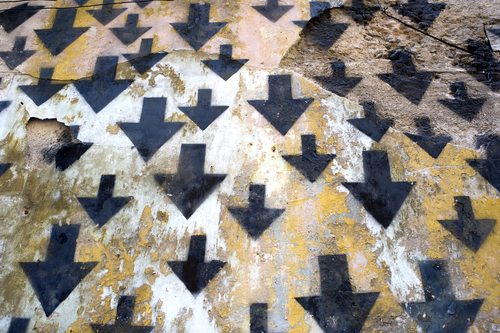 NPQ has been noting what appears to be ongoing financial strife at a significant number of large arts organizations across the country—performing arts institutions and museums, primarily—and this report would tend to back up that impression.

Americans for the Arts’ 2013 Arts Index shows that the recovery has not brought much for the better to those organizations. In 2013, 44.2% of arts organizations had operating deficits, as compared to 36% in 2007 before the recession—an 8.2% difference. At the height of the recession in 2009, the number of groups with operating deficits was 45%, which makes the recovery, as measured here by deficits, only 0.8%. The Index reports that organizations with larger budgets were more likely to run a deficit than those with smaller budgets, and that there was no predictable pattern based on any specific arts discipline.

Part of the problem, of course, is the precipitous drop in public funding at the state level, but that started in 2003… 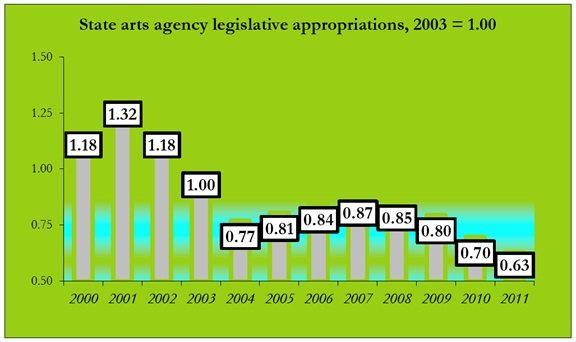 …and the reduction in private giving. 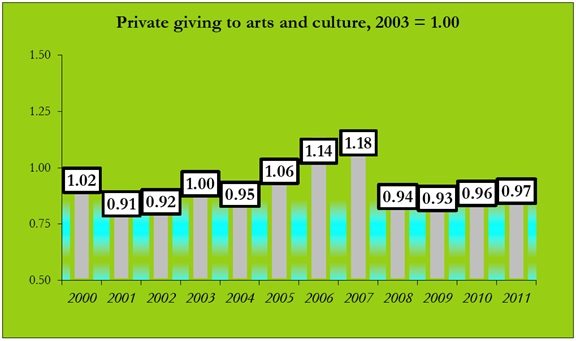 Oddly, capital investments in nonprofit arts organizations were higher during the recession than in non-recessionary years: 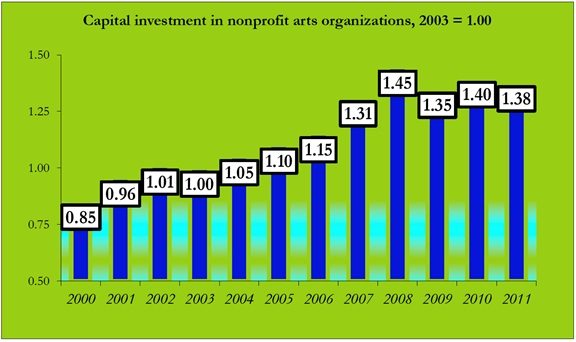 NPQ would love to hear from those trying to manage large arts organizations through the past few years. What are the dynamics at work?—Ruth McCambridge