Many Women Vets in Battle at Home: Stand with Them 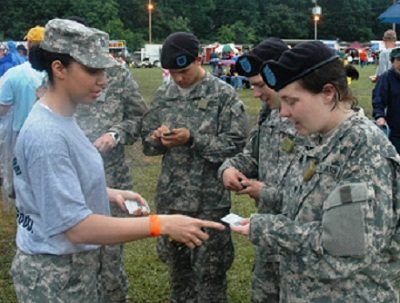 Herself a veteran, Lisa Reed wrote a blog on Media Matters about the unique issues of women veterans. Females are the fastest-growing segment of veterans in the United States and their re- entry to civilian life, judging by the statistics, is more difficult than their male counterparts. In 2009, an estimated 30,000 single mothers had been deployed to Iraq and Afghanistan. According to an article in the Army Times, the October jobless rate for post-9/11 veterans was 9.2 percent but for post-9/11 female veterans, the unemployment rate was 15.5 percent — and this was down from a rate of nearly 20 percent the previous month. It is estimated that women veterans are homeless at a rate up to four times higher than that of both their female civilian and male veteran counterparts.

This article states that women veterans have a more difficult times accessing services than do men yet they often have injuries—physical and psychological—that are exacerbated by their gender. The Department of Defense itself estimates that one in four women has suffered sexual assault in the armed forces. And reporting it can mean a speedy transition out that further destabilizes the survivor.

BriGette McCoy, who served in the U.S. Army from 1987 to 1991, discussed her experience with NPR:

And apparently many women who report sexual assault have been diagnosed with personality disorders and have been given a psychiatric (rather than an honorable) discharge. These are considered pre-existing conditions and, according to this post, when a women is discharged in this way, she is exempt from VA benefits and other benefits.

The last thing that NPQ would want to do would be to portray women veterans as victims—but we are outraged by the ways in which the systems that are meant to support them are letting service women down. The statistics on the outcomes for these brave women to whom we owe so much speak—no, scream out—for themselves. It is our job in the civil sector to recognize when government or the market is working against the best interests of the population and to push to ensure justice. This is clearly a situation in which our collective voices should be heard. –Ruth McCambridge