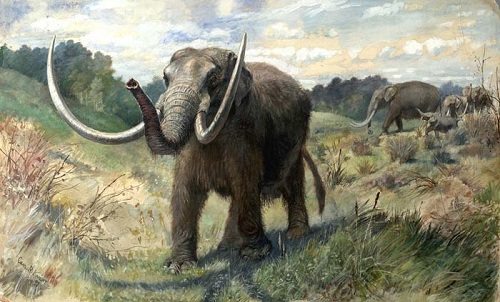 What’s the weirdest donation your nonprofit ever received? In Michigan, In the Image, a Christian charity, found an unusual donation in its collection boxes—a tooth and a tusk of a 12,000-year-old mastodon. The typical contents of the collection boxes are items needed by low-income residents in Grand Rapids, but what they might do with mastodon relics is not clear.

Jay Starkey, the director of In the Image, says that they’ve received some odd donations before, including drugs, a $5,000 painting, and an urn containing ashes. They’ve turned the mastodon items to the Grand Rapids Public Museum.

A mastodon tooth and tusk might be the most unusual gift that a charity has ever received, but there have been others. Volunteers of America once received a yellow-painted, home-built, 8,000-pound, two-person submarine. In the U.K., a cancer research group received a donation of a live rabbit and twice a box of cooked rice. Florida seems to attract some odd donors, as the Salvation Army of Palm Beach County found an inactive World War II hand grenade among its donations, and the Salvation Army of Broward County once received a missile launcher.

Tell us the weirdest donation your nonprofit has received. We’d love to know.—Rick Cohen