Some years ago, we were engaged by a national foundation with a criminal justice reform agenda. They paid our fee in order for us to assist governors who were looking for corrections leaders. The governor was our client. Our obligation to the foundation was to provide governors with a comprehensive search process. The foundation’s hope was that stronger and more effective leadership would result.

Over a period of seven years, we recruited 18 state cabinet officers—more than a third of all the leaders in the country—distributed over every region of the US. Taken as a whole, the project was a great success.

The issues that shape these jobs are incredibly difficult. Public safety, race, mental health and drug addiction, an odd mix of NIMBY and competition for prisons as a stimulus for jobs and the local economy, challenging workforce issues and “getting tough on crime” add up to a very complex assignment.

Due diligence also revealed a striking difference between the role of most corrections secretaries and that of other major cabinet officers. Those who lead most other government systems—environment, transportation, public health, economic development, human services—are typically subject matter experts. They have run organizations and they understand the operational and practical challenges. As a cabinet secretary, their role is often to use this knowledge and professional credibility to advocate for innovations and to influence policy makers and the public. Their agenda must be negotiated with a governor’s office, but most often it is the cabinet secretary who drives that process.

We saw a different construct with corrections secretaries. Governors usually view corrections as a third rail. Their tendency is to be risk averse, to maintain a stable system and invest their political capital in other, more promising, areas. Traditionally, these positions were filled by institutional administrators—wardens who had worked their way up the system. Their orientation was toward institutional management and command and control. The common division of duties was for corrections administrators to focus on operations, with legislative relations, policy, and media activities closely controlled by the governor’s team.

For us, this raised a chicken-and-egg question. Was the candidate field dominated by operationally oriented managers, requiring governor’s staffs to be more active in controlling policy and strategy, or did the risk averse and controlling approach of governors’ staffs screen out more strategically oriented candidates?

It is in the nature of our approach to beg the question when preparing for a search. Who sets policy? What are the strategic, policy, and political goals for the chief executive we are seeking? What authority rests with this person, and what remains with the governor’s office? Are we looking for a general manager or a more typical cabinet officer? The answers to these types of questions shape a search.

For the most part, we found governors receptive to these questions. They understood the value of cabinet officers who were capable of strategic leadership and they had a system in place to balance that type of leadership in a cabinet management process. It was not a great leap to adapt this approach to a corrections leader if candidates with these broader skills were available. (Though some governors’ staff members had a different view, as you might guess.)

From a recruiting perspective, the begging of the question was the answer. As we signaled that our client was interested in corrections professionals who had skills in strategic leadership, public policy, legislative relations and the like, they were quick to appear. Over the course of these 18 searches, we saw a new generation of leaders. Where their predecessors had mostly come up through the ranks, the new leaders tended to have a more diverse background. Usually they had institutional experience, but over time they had moved more laterally—community corrections, jail administration, planning, policy, budgeting. They were solid correctional professionals, but their portfolio and their perspectives were broader and more strategic.

This was (and still is) a terrifically difficult field. Sentencing policy was exploding the prison population. And while most of these talented candidates saw the madness of such policies, and a few were successful at advocating for more rational sentencing policies in individual state jurisdictions, this was a tidal wave that washed over everyone. However, what I also saw was a generation of new leaders who made the case for a more nuanced and strategic approach. They promoted substantive inmate classification systems, mental health and drug treatment, education, and step down levels of community corrections and re-entry programs. They were “traditional” cabinet officers like those described above—able to use their knowledge and professional credibility to influence policy makers and the public and to advocate for innovation and improvements.

In my view, this is better. There is a benefit to checks and balances in the structuring of these positions. A governor’s staff and, often, outsiders like academics, advisory boards, task forces, and consultants help the governor evaluate and manage a cabinet officer’s activities. But the balance is far more effective when the counterpoint is a strong cabinet secretary who has a strategic agenda. When the cabinet officer is a manager, you miss the critical connection between strategy and implementation. The alternative is, in effect, for (the governor’s) staff to be shaping policies that have operational implications—never a good idea.

I believe we made a very real contribution to this field. By “begging the questions” and facilitating a robust and open conversation about the circumstances that truly define these positions, we brought our clients to a far more thoughtful exploration of the issues and forged very effective relationships among the parties. I could cite many positive examples, but to make the point, I will describe what was perhaps the most disappointing outcome I have seen in my entire career. Happily, it was a rare occurrence.

After so many searches in this field, we had arrived at a point where we knew most of the leaders and had placed the most talented among them. We were faced with the prospect of recruiting away people we had already placed, the kind of thing that gives recruiters a bad name. So we decided to opt out of the program and focus on a more diverse clientele. 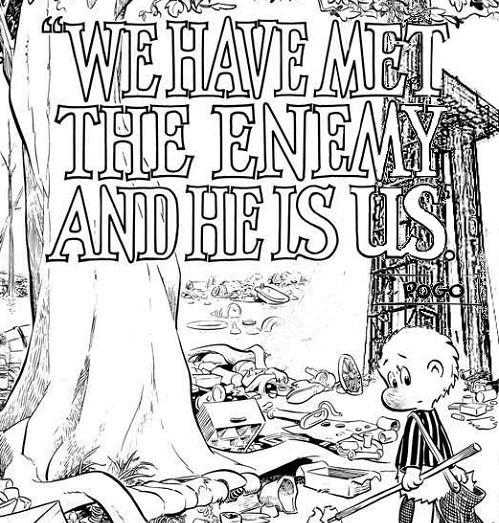 One of the last assignments we took in this field was to recruit the administrator of one of the largest prison systems in the country. It is no exaggeration to say that this was and remains a big business in this state. Our client was an oversight board, appointed by the governor. The system was embroiled in a number of class action suits, with the real possibility of being taken into federal receivership. Our client’s hope was that we could recruit a transformational leader who could bring about change from the inside.

Our client board was composed of members with a rich mix of ideologies and experience: reformers, victim’s advocates, corrections experts, and—the majority—“lock ’em-up” hyper-conservatives. Parts of this search were exhilarating. Removed from the public posturing by the necessarily private element of a personnel process, we found the board willing to entertain a more nuanced dialogue about strategy and policy. The promise of such a dialogue attracted a stellar group of candidates. The consistent theme that emerged from top candidates, that education, job training, mental health services, addiction treatment, and, ultimately, sentencing reform might be a better means for protecting public safety than warehousing and farm labor, was something hardliners had dismissed in every other forum. In this closed setting, it was more possible to weigh and debate these ideas, tease out the rhetoric about how such reforms could benefit public safety and punish bad guys—and make the point that this approach was more likely to keep the system out of receivership.

Very long story short, we came to a point where we had two final candidates. One was an outsider. He was a tremendous candidate. He had impressive corrections leadership experience in an