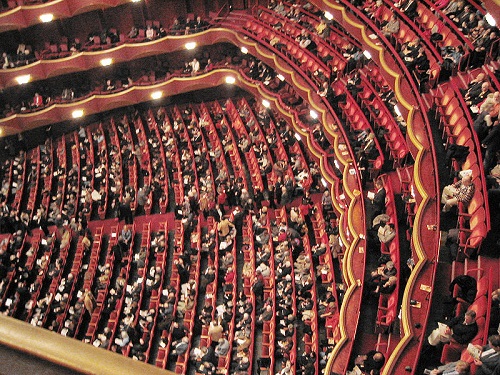 Peter Gelb, general manager of the Metropolitan Opera in New York City, sent an email to employees last weekend describing the current situation as “the biggest economic challenge in the company’s history.” The email served as a prelude to the opening round of contract talks with the American Guild of Musical Artists, which represents the Met’s chorus, dancers, singers, and stage managers.

The Guild’s contract, along with the contract of 15 other Met unions, will expire at the end of July. Management is seeking to cut both pay and benefits for its workers for the first time in decades, noting that declining ticket sales and a shrinking endowment have made the proposed cuts necessary. He indicated that the Met’s board understands the need to rebuild the endowment, but has made cutting costs a condition for doing so.

As you will remember, this same situation has popped up elsewhere with some pretty dramatic results, as in the case of the Minnesota Orchestra, about which we have written extensively. As you may recall, the demands of the orchestral association there led to an epic 15-month lockout of the musicians and upheavals among stakeholders.

In the case of the Met, the opening act of what is bound to be a closely watched drama did not go smoothly. The union invited reporters to the first negotiating session, the Met countered by filing a complaint with the National Labor Relations Board, and a number of employees managed to speak out against the proposed changes before the Met’s lawyers entered, stage right, and the members of the media exited, stage left.

It could be a long, hot summer for both sides. –Eileen Cunniffe