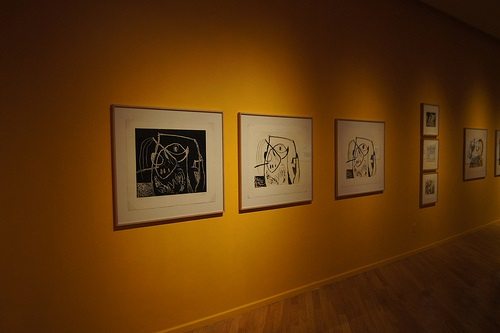 In Mexico, the art market has slowed significantly following the 2012 passage of a law that requires that art dealers, along with a number of other types of businesses, report who their customers are and how much they are spending. The law is intended to prevent money laundering.

NPQ covered a story on money laundering through art purchases last year and the investigation showed that the problem is not at all limited to Mexico.

Guillermo Zajarias, owner of the Aura Gallery, said that the problem has thrown a wrench in his business. “The art in Mexico is marvelous. It is superb,” said Zajarias. “The market should be growing. But it has totally frozen.” Zajarias said that his business has declined by 30 percent. “And it’s 100 percent related to this law,” he said. “This is fiscal terrorism, and it is not fair.”

The law, passed in 2012, limits the use of cash and requires transparency about purchasers. Beyond art galleries, the rules apply to casinos, pawnshops, jewelry stores, and armored-car dealerships.

Ernesto Carrasco, a former head of the Mexico office of Kroll (a corporate investigations firm based in New York), wrote in a report that between January 2007 and July 2012, only 83 people were convicted of money laundering in the country, “a tiny number given the size and extent of the problem.”

“In Mexico, the clandestine business operations of the drug cartels have permeated the entire economy,” Carrasco wrote.

The Morton auction house also says it has seen a loss of 25 to 30 percent of its business. “This has obviously affected the sales. Because there are people who are afraid, and they say, ‘I’m going to wait,’ or, ‘I don’t want to buy,’ ” said its director, Luis C. Lopez-Morton. “They feel uncomfortable. They feel that the government is watching them.”

But Raúl Zorrilla, the executive director of the Kurimanzutto gallery, believes that the law is necessary. Still, he thinks, it could be refined, adding that the regulations are “confusing” and “difficult to manage.”

“You can’t convert art galleries into policemen,” he said. “I can say that there are sales that we didn’t make as a result of this law.”

Cristóbal Riestra of the OMR Gallery also says that he approves of the law. “I prefer that operations are clean, even though the market has fallen a bit,” he said. “This society has to evolve into a society without cash, like in other parts of the world.”—Ruth McCambridge