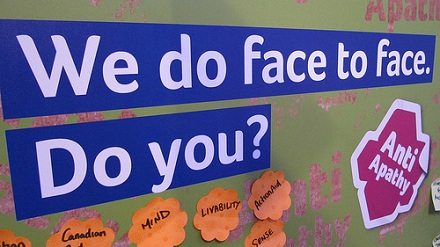 Hat tip to The Agitator, a wonderful fundraising blog, for leading us to the comments of Jeff Brooks at Future Fundraising Now who takes off—hooray!—on a new report about the charitable giving of “millennials.”

Brooks tells his readers, “don’t get too excited by (the) survey on Millennial giving.” He calls the Millennial Impact Report “another widely misinterpreted study (that) has some in the fundraising community in a tizzy.”

His basic critique is that the statistics in the report aren’t hard data, but, he says, the online surveyed opinions of 2,953 survey respondents between the ages of 20 and 35. Are these 2,953 respondents – a nice large number compared to other surveys that purport to describe the behaviors of donors and nonprofits – a valid data source? Does the report give its readers hard data?

Brooks tells us that the finding that 93 percent of surveyed millennials gave to charity should really be that they said they gave. He said that the 93 percent who say they gave included, in addition to those young people who made actual charitable donations, those who:

Are Millennials particularly generous? Brooks says this report doesn’t tell you that. In fact, he believes that “If you’re like most nonprofits, less than 5% of your donors are under age 35.”

Countering the conventional wisdom that reflexively exalts young people, Brooks concludes: “Every fundraiser should be deeply concerned about finding more young donors. But young donors are better defined as people between 50 and 65. Those are the folks who are about to transform. Get them now, and you have an amazing asset for decades to come.”

Let’s ask for better research and stop construing opinion polls of uncertain samples as hard fact. This isn’t a critique of the Millennial Report, but a call for researchers—and journals like NPQ that report on the research—to be very careful about drawing conclusions about donors, nonprofits, or any category of people or organizations based on survey data when the surveys are based primarily on who chooses to respond rather than a more rigorously structured random sample of survey respondents. Thanks to Brooks and The Agitator for raising some important questions.—Rick Cohen