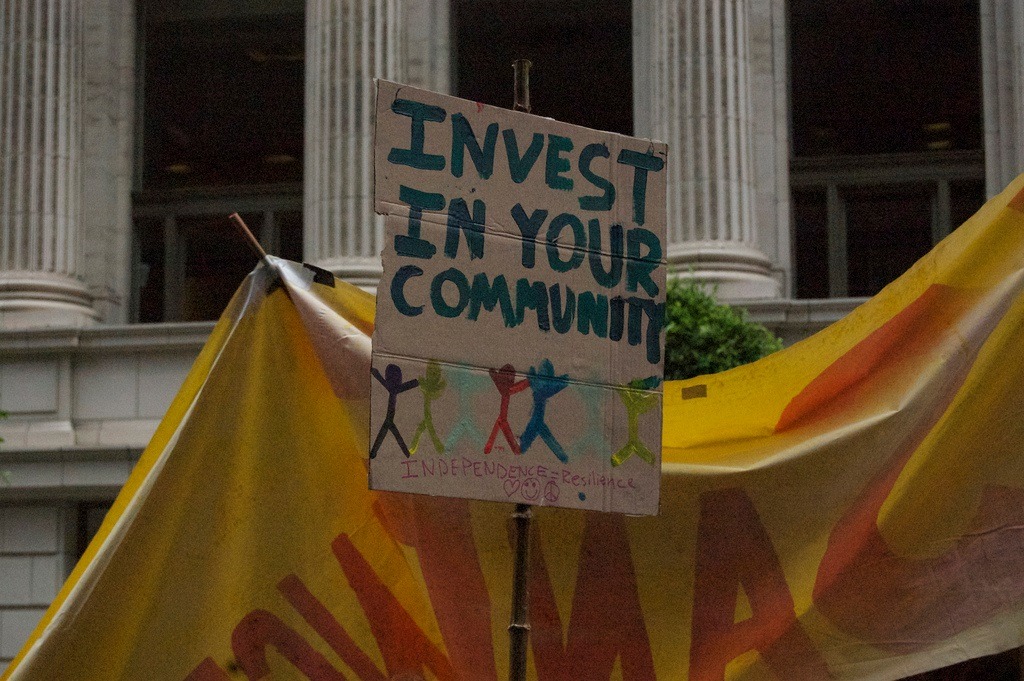 The S&P Dow Jones Indices and Goldman Sachs Asset Management have just collaborated on the release of two new social responsibility indexes—available exclusively, it seems, to Goldman Sachs’s high-net-worth clients. The target is a particular kind of high net worth investor: the Millennial, or as Institutional Investor characterized the demographic, “bike-riding, organic-produce-seeking, social-media-petition-signing Millennials.” A Goldman Sachs executive explained that the firm has had Millennial investors expressing their concerns about their carbon footprint, firearm sales, tobacco-related health and safety issues, and “other social values.” The two new products screen out “corporations with fossil fuel reserves,” companies involved in the production of weapons, and firms that engage in the manufacture or sale of tobacco products; additionally, the indexes also screen out the lowest quartile of economic and social performers from the remaining possible firms.

Goldman Sachs and S&P Dow Jones see money at the end of the index; the Millennial generation is larger than the Baby Boomers and stands to inherit some $30 trillion in the intergenerational transfer of wealth that will occur over the next few decades. Perhaps Goldman Sachs is sensing that Millennials would like to inherit a world that is still there for them to spend their wealth, as opposed to one that is disintegrated by fossil fuel–driven climate change or destroyed by the internecine use of military hardware.

Millennial investors may not feel particularly honored or respected by the notion that they’re largely aficionados of Whole Foods shopping and online petition slacktivism. The investment firms that push them in this direction sometimes seem to be laughing up their sleeves at this generation of wealth inheritors, but there are reasonable options for Millennial investors that aren’t simply lightweight exercises in greenwashing. The one that seems to come to mind for many of the more thoughtful investment advisors is community impact investing, and the preferred vehicle is increasingly the Community Development Financial Institution (CDFI). These largely nonprofit community investment entities “have a track record of providing community-based businesses and low-income individuals with access to credit, equity and capital,” write social investment advisors Chat Reynders and Patrick McVeigh for Triple Pundit. “Fundamentally sound programs can provide consistent returns, lower default risks and direct community benefits. Investors can earn interest on three- or five-year notes while putting their money to work in their own backyards.”

As Annie Donovan, the director of the CDFI Fund at the U.S. Department of Treasury, explained in a speech delivered earlier this year, CDFIs and the low-income communities they serve as investment options are strong “because CDFIs report default rates that are more or less commensurate with traditional financial institutions, because CDFI balance sheets continue to grow, because mainstream investors continue to invest in CDFIs, and because very few CDFIs have failed over the past two decades, even during the financial crisis.”

In many parts of the country, Millennial investors could have a very positive impact by investing in CDFIs targeting specific localities and regions. For example, a new investment vehicle called Appalachian Community Capital, with $12 million in debt and equity from philanthropic sources such as the Mary Reynolds Babcock Foundation, the Claude Worthington Benedum Foundation, the Annie E. Casey Foundation, and the Ford Foundation, plus financial institutions such as Deutsche Bank, BB&T, the Calvert Foundation, and Bank of America, is gearing up to support CDFIs throughout the region. The target capitalization of the ACC appears to be initially in the $42 million range, though the ACC has already made loans to some top-notch Appalachian nonprofits, including Kentucky Highland Investment Corporation and MACED, also in Kentucky.

Millennials with both capital and a social conscience can do more than invest passively in a social investment index. They can put their money to work for specific communities through nonprofit CDFIs and see the results occurring in brick and mortar changes that their investments have made happen.—Rick Cohen

Correction: This article has been altered from its initial form. The Calvert Foundation was previously described as one of the “philanthropic sources” providing support, when it is more accurately listed as a “financial institution.”