Million Dollar Donors: A Widening View of a Growing Field 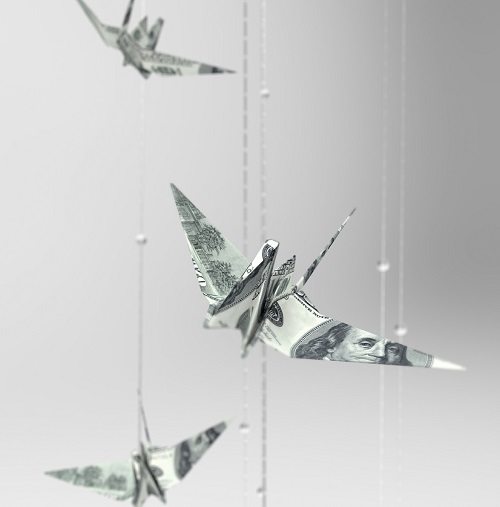 Working together, the producers of Coutts’ Million Pound Donors Report, which focuses on U.K. donations of £1 million or more, and the Lilly Family School of Philanthropy’s Million Dollar List have produced an expanded International Million Dollar Donors Report that covers six regions of the world. It’s an intriguing look at the variety of foci of high givers in various countries and regions. The report was released yesterday, and it analyzes $1 million-plus giving by donors in 2012 in six regions around the world: the United States, the United Kingdom, Russia, the Middle East (Gulf Cooperation Council nations), China, and Hong Kong.

The researchers are the first to say that the report has some limitations; due to cultural and other factors, they are unsure of the completeness of the data for countries other than the United States and the United Kingdom, but what they were able to document across all six regions were 1,955 million dollar donations from 1,249 donors in 2012. These were collectively worth $19.04 billion, broken down as follows.

Because of the dominance of the United States, which documents more given in the category of million-dollar gifts than all the other countries combined, and its tendency to give big to higher education 37 percent of the gifts of a million dollars and up worldwide, or $7.05bn, were donated to higher education institutions in 2012. In comparison, the second-highest beneficiaries cumulatively were foundations, which received only 2.87 billion. But these generalizations were not true across the board, and the differences reflect the dominance of U.S. documented giving, the state of civil society and philanthropy, and the politics and culture of the region.

In China, for instance, foundations received the highest percentage of million dollar and up donations, at 33 percent, while government received 25 percent. The gifts to government are often funneled to causes addressed by NGOs that are closely associated with and certified by the government. NPQ discussed the complexity of these relationships in “Civil Society, Chinese Style: The Rise of the Nonprofit Sector in Post-Mao China.” Similarly, in Hong Kong, foundations received 33 percent, while public and societal benefit organizations received 16 percent.

In the Middle East, $474 million, or a full 65 percent of the documented gifts of a million dollars or more, were deployed overseas, with a good portion of that going to relief efforts for the Syrian people. This percentage is particularly remarkable when contrasted with the 3 percent that was sent overseas by U.S. high-dollar donors.

“I see myself as a responsible global citizen rather than a major donor. If you are considering greater involvement in charity and philanthropy, remember that making a lasting difference takes time, but there is nothing more satisfying than being in such work for the long haul…One of the most profound lessons I have learnt over the years has been the need for us to create relationships with local NGOs based on two principles: trust and respect. We must trust that the awarded NGOs are capable of delivering the best solutions and respect the ways in which they choose to use the funding that we provide them.”—H.E. Amr A. Al-Dabbagh

In Russia, the highest ranked beneficiaries of million-dollar-plus gifts were public and societal benefit organizations, which received 31 percent of the total, with foundations ranked second at 23 percent. The report notes that a good proportion of the money in societal benefit has gone to culture and sports. Higher education was a poor fourth at eight percent. In contrast, the U.S. and the U.K. gave 40 percent and 42 percent of the value of these gifts to higher education, respectively.

While foundations gave more million-dollar-and-up gifts, the gifts given by individuals were for higher amounts. They comprised 46 percent of the total given, or $8.8 billion.

In all, this report by Coutts and IUPUI is fascinating. It includes some observations on what donors are thinking about in the various locales studied, but it is evident that the surface has only begun to be scratched on a more global look at high-dollar givers. The weakest part of the report is in the advice sections. Feel free to read them, but we doubt that they will add much to what you likely already know.

NPQ would love to hear from its readers about what questions and observations are raised by these findings.—Ruth McCambridge