Minnesota Orchestra to Be “Locked Out” Itself? 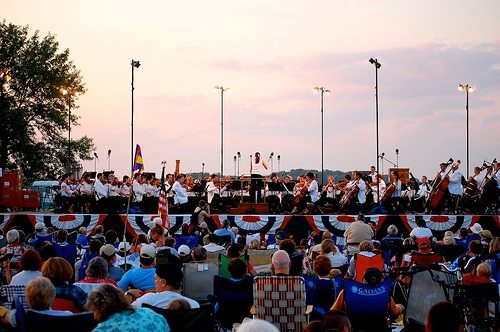 The travails of the Minnesota Orchestral Association continue, with its access to their new orchestra hall now in jeopardy. The orchestra has been in a long tortured labor dispute with its musicians, and in the course of that, it has lost its world music director in Osmo Vänskä and a whole lot of operating income. The union musicians have been locked out for 14 months. Now some are calling on the city to find the association in breach of its lease on its performance hall, which is now owned by Minneapolis, since the city sponsored a $14 million state bond to partially finance a recent renovation that cost a total of $52 million.

The report from the Orchestral Association showed that in its first three months in the hall, “musical programs” only brought in income of about $667,000, but some of that was derived from a fundraising ball. Ticket income for fiscal 2014 is being projected at $7.2 million.

The locked-out musicians, meanwhile, are performing as the Musicians of the Minnesota Orchestra. Furthermore, some, like attorney Lee Henderson, appear to be promoting their ascendance to the throne, suggesting that they reorganize as the Minnesota Symphony. In fact, Henderson has a fully unveiled liberation plan, which was published as an op-ed in the Star Tribune. In that, he states, “In many ways, this dispute mirrors a current debate in our society—do we live in a world of scarcity, where there are limited resources and hoarding is the goal, or do we believe there are an abundance of resources so that if we work together, we can do great things? People of good faith have different opinions on the scarcity vs. abundance paradigm and it is reflected in the current orchestra stalemate.”

Supporters have suggested that the attorney general be prevailed upon to transfer control of MOA’s $140 million endowment to the new entity.

How possible is a takeover? Who knows? But Minneapolis, which now owns the hall, has a new mayor-elect in Betsy Hodges, and she is a strong supporter of the musicians. Stay tuned.—Ruth McCambridge

More about: Arts and CultureManagementNonprofit NewsPolicy