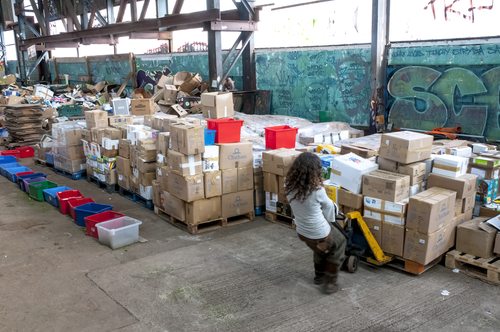 Travel writer and novelist Paul Theroux has disturbed individuals and even nations who he has taken to task in his writings. In this article in Barron’s, Theroux takes on the philanthropy of Bill Gates, Bill Clinton, Jeffrey Sachs, and Bono, declaring their efforts to “fix” Africa as largely a failure.

This piece isn’t the first time that Theroux has criticized what some call “celebrity philanthropy” in Africa. In 2005, he wrote in the New York Timesa scathing commentary on the philanthropy of Bono and others. He characterized Bono as a modern-day Mrs. Jellyby, the philanthropist in Charles Dickens’ Bleak House who is busy saving Africa but oblivious to the suffering of people in her family and community. He offered a scathing description of “Brad Pitt and Angelina Jolie recently in Ethiopia, cuddling African children and lecturing the world on charity,” and expressed little confidence in Bill Gates, who he says was being advised by Bono.

While not criticizing disaster relief in Africa, Theroux did criticize “the patronizing attention of donors [that] has done violence to Africa’s belief in itself.”

His Barron’s article is a continuation of the themes of his 2005 New York Times piece, describing “the desire of distant outsiders to fix Africa” as “quaint” and “an impulse Charles Dickens described, in a wickedly accurate phrase, as ‘telescopic philanthropy’…a focus from afar to uplift the continent: New York squinting compassionately at Nairobi.” He writes, “It’s not hard to imagine the future tombstones of the Clintons and Bono and Gates, and many others bitten by the eleemosynary itch, chiseled with the words, Telescopic Philanthropist.”

Despite $50 billion in annual aid from foreign governments and perhaps another $13 billion from philanthropy going to Africa, Theroux observes “that Africa is much worse off than when I went there 50 years ago to teach English: poorer, sicker, less educated, and more badly governed.”

“It seems,” he adds, “that much of the aid has made things worse.”

While he applauds former President Clinton’s “strong-arming of pharmaceutical companies to lower the price of one-a-day AIDS medications…deliver[ing] real relief to Africa’s most vulnerable,” he concludes that most philanthropic efforts with grandiose ambitions simply fail. His favorite example of “a Westerner running amok in Africa” is “celebrity-economist Jeffrey Sachs” whose Millennium Villages Project in Kenya has been stridently criticized by local residents and outside scholars.

Theroux also takes note of the new aid efforts of Howard Buffett, Ron Cordes (Genworth Financial Wealth Management), and John Coors to bring capitalism to Africa, but returns to his literary roots to compare them, like Bono in 2005, to Mrs. Jellyby.

In the end, his Barron’s conclusions are similar to his ideas eight years ago in the New York Times. Foreign aid, he contends, citing teachers and medical professionals, does little to incentivize and reward Africans for staying where they are and providing services to themselves. African teachers don’t see the need to treat Africans in the countryside, preferring spots in cities or overseas, and African doctors are lured into “well-funded work on AIDS and antiretroviral drug therapy…[with] foreign donors guarantee[ing] better salaries and incentives, allowing them to bypass the crucial work of day-to-day doctoring.”

“Underlying all of Africa’s problems,” Theroux writes, “are the infernalities of bad government,” citing Robert Mugabe’s rule in Zimbabwe and Joyce Banda’s in Malawi as examples of serious government corruption undermining social progress. In his 2005 article, he noted the “dusty reception” he received when he lectured at the Gates Foundation, touching on the issue of government corruption. “I pointed out the successes of responsible policies in Botswana, compared with the kleptomania of its neighbors,” he wrote then. “Donors enable embezzlement by turning a blind eye to bad governance, rigged elections and the deeper reasons these countries are failing.”

In the Barron’s piece, he writes, “In my experience, a corrupt government, in Africa and elsewhere, always a blighting force, expects a share of profits from successful businesses, just as the Mafia preys on commercial success, in the form of protection rackets.” Young Africans respond to the endemic corruption by wanting to leave. “They emigrate and they shine,” Theroux writes. “That’s the universal human drive when corruption has quashed all hope: The most ambitious go where they stand a fighting chance to prosper quietly and safely and raise a family in peace.”

In a challenge to western aid donors, both governments and philanthropists, Theroux writes, “Africa has the schools, the money and the resources to fix its own problems; it’s appalling to think of donors telling them otherwise, of the whole continent terminally indebted and living on handouts.” In an appendage to the article, Page Snow, the chief philanthropic officer of Foundation Source, offers these guidelines for philanthropy in Africa: