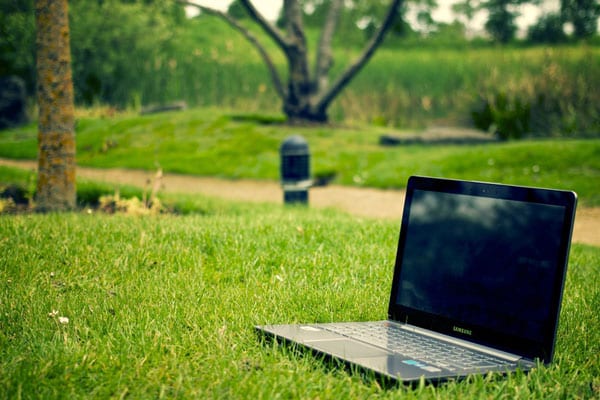 Could cooperatives bring high-speed internet to rural counties of Mississippi? That day may have just gotten a little closer, as a bill sponsored by Republican House Speaker Philip Gunn to enable rural electric co-ops to offer broadband service passed on an overwhelming 115–3 vote, reports Luke Ramseth in the Jackson Clarion-Ledger.

The measure is highly popular and, while anything can happen in politics, passage by the state senate and approval by the governor seems likely. Ramseth explains that, “A new Millsaps College and Chism Strategies poll shows 86 percent of Mississippi voters support allowing cooperatives to provide high-speed internet, with six percent opposed. The state’s 26 cooperatives voted unanimously to support the legislation, and many have already studied financing options. Dozens of cities and counties have passed resolutions backing the change.”

Why is the measure so popular? Long story short, there is a desperate need for better broadband options. As Ramseth points out, “In a world where jobs, education, health care, and leisure are increasingly based online, rural Mississippians are falling behind…the state as a whole ranks 49th for average speeds and availability, beating only Montana.”

The challenge in Mississippi may be extreme, but Mississippi is hardly the only state where rural residents lack high-speed broadband. A little over a year ago in NPQ, we noted that while 96 percent of urban Americans have high-speed broadband access, only 61 percent of rural Americans do. At the time, we highlighted research from the nonprofit Institute for Local Self-Reliance titled Cooperatives Fiberize Rural America, which argued the rural communities could close this gap by leveraging existing rural electric co-op networks. This is the precisely the route now under consideration in Mississippi.

As Ramseth explains, “House Bill 366 and a similar version in the Senate would allow electricity cooperatives—which deliver power to about 85 percent of the state—to also offer broadband services.” This is the bill that just passed the state House. A second complementary bill, House Bill 170, would set a goal for the state by 2027 “to have certain broadband speeds available everywhere and lays out funding avenues to accomplish it.”

Ramseth notes that House Bill 366 overturns a 1942 law that bans nonprofit, member-owned power cooperatives from providing anything but electricity.

“This policy has come under fire in recent months,” Ramseth notes, “as cooperatives in other states successfully entered the internet business—building high-speed networks in areas overlooked by companies such as AT&T and Comcast.”

“The current law we’ve got right now is a gatekeeper,” Mississippi Public Service Commissioner Brandon Presley tells Ramseth. “This is about giving the consumer a chance.”

About a year ago, Presley tells Ramseth, he learned about a cooperative in Alabama that was starting to offer fiber-optic internet to customers, and a “light bulb went off.” The Alabama co-op was even able to obtain $3 million in federal funds to help with the buildout of the fiber network.

“It just becomes real when you see this small little operation changing the lives of rural Alabamians, while Mississippi is handcuffed from doing it because of a 1942 law,” Presley reportedly said in a recent interview.

If the legislation passes, Ramseth explains that Mississippi cooperatives could apply for some of the $600 million in grants and loans recently offered by the US Department of Agriculture to improve rural broadband.

“The goal of this bill is that the house at the end of the dirt road will have as good of internet service as is in downtown New York City,” Presley explains. “They deserve it. They’re just as good as anybody in New York.”

Delta Electric is one of the co-ops that might invest in broadband if the law passes. The co-op’s general manager, David O’Bryan, says better internet is desperately needed across the Delta.

“This is an economic development issue,” O’Bryan says to Ramseth. “It’s a quality of life issue for the people in our service territory. This will enhance economic development, telemedicine, education, workforce—it just touches every segment of our society.”—Steve Dubb