Betsy DeVos’s Department of Education has proposed to liberate school districts from the oppression of a long-held federal position that not only infringes upon the sovereignty of local governments but interferes with schools’ ability to create conditions conducive to good discipline and practical learning. Her proposal to use federal funds to buy guns for teachers is a strike for freedom against the liberal education elite.

The Department of Education’s diligent research has revealed a loophole in the Student Support and Academic Enrichment grants that form part of the Every Student Succeeds Act that would allow school districts to use grants to buy guns. Erica Green of the New York Times described “a longstanding position taken by the federal government that it should not pay to outfit schools with weapons,” but Congress has left a window for the first Secretary of Education bold enough to say she would authorize funds for arming teachers.

The SSAE grants are to be used for “providing a well-rounded education, improving school conditions for learning and improving the use of technology for digital literacy,” particularly in the nation’s poorest schools. In his efforts to curb unnecessary government spending, President Trump has tried to eliminate the grants twice, but Secretary DeVos has finally found a practical use for the money.

Nationwide consensus agrees that something must be done about our schools. Achievement lags our peer nations, and since 2012, dropout rates are rising for the first time in over a decade. In the last several years, school shootings have increased at an alarming rate, which somehow has not eased burdensome federal regulations that prevent teachers from carrying weapons to deter armed students.

NPQ has heard many proposals for school improvement. As established under President Obama, the SSAE program urges schools to “increase access to mental health counseling, establish dropout prevention programs, reduce suspensions and expulsions and improve re-entry programs for students transitioning from the juvenile justice system,” according to Green. Surely these needs could be met by a more structured home environment.

Other suggestions from liberal bastions like university research programs include increasing funding for individual needs specialists in schools, implementing universal pre-K to help bolster foundational skills, investing in low-income communities to improve student health and concentration, and subsidizing greater post-secondary opportunities such as public universities or apprenticeship programs. We extend apologies for the recommendation offered in these very pages that schools implement trauma-informed practices, such as those suggested by Suzanne Bohan. These are all extremely work-intensive, and rely on the slow, clumsy machinations of federal government; we wish to hear no more similar proposals until there is some reasonable hope that they will be put into practice in a meaningful way.

Just think how much more cost-effective it would be to enforce discipline at gunpoint; the suspension rate would certainly plummet, and teachers could spend less time enforcing good listening behavior and more time teaching. Such a consistent method of discipline would train students’ habits to studiousness and perseverance.

Furthermore, students’ concentration would unquestionably benefit from the knowledge that they are finally protected from bear attacks, a concern that went unaddressed until Secretary DeVos alerted schools to this danger. Students who lose learning time to bear attacks fall behind and are at a disadvantage when the time comes for standardized testing. The Secretary herself, no doubt traumatized by her own memories of bears in her public school, chooses to avoid danger by taking to the water on one of 10 family boats. The lakes in her native Midwest region are notably free of bears.

Being around guns frequently from such a young age will accustom students to environments they will likely inhabit in their postsecondary lives. If concealed carry reciprocity—another effort to help local jurisdictions assert their rightful preeminence—becomes law, students will need this practical preparation for the real world.

Big-government advocates have already stepped in to stymie this attempt to grant local autonomy. Senator Chris Murphy of Connecticut has introduced a bill to block the use of Department of Education funds to arm teachers. The race is on between Murphy and states like Texas, which have already inquired as to how they might use grant funds for guns. Texas, as we know, is a leader in education, most notably for its influence on textbooks and health education.

According to Green, “A spokeswoman for the House Education Committee said the committee’s chairwoman, Representative Virginia Foxx of North Carolina, believes the grants ‘were intentionally designed to give states and local school districts the ability to determine and implement policies to serve their communities.’” Should not local districts’ need to assert their independent characters take precedence over researchers’ need to be heard on Capitol Hill?

This selfless proposal by Secretary DeVos, whose family, being entirely privately educated, could not benefit from her actions, will be remembered as one of the most magnanimous gestures of her White House tenure.—Erin Rubin 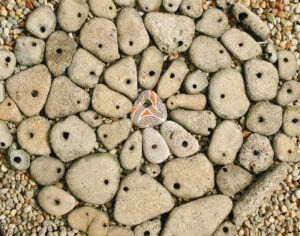