Moscow’s “Humanitarian Aid” to Crimea: A Bus out of Town 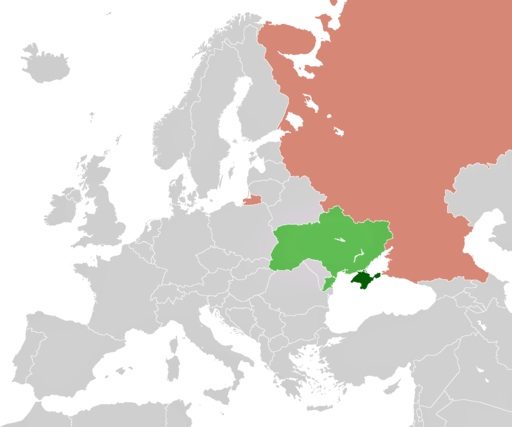 The announcement by the Russian government (actually, the region that is centered on the city of Moscow) that it was sending “humanitarian aid” to the soon-to-be-declared independent nation of Crimea (whose residents overwhelmingly voted in a referendum on Sunday to secede from Ukraine and join Russia) suggested a somewhat distinctive definition of “humanitarian.” The aid package to the city of Sevastopol, where Russia’s Black Sea fleet is based, included 20 tons of medicine, 500 units of medical equipment, and, strikingly, 20 buses and 10 trolley buses.

Other Russians have also sent aid characterized as humanitarian to Crimea. The “Night Wolves,” a Russian motorcycle gang, showed up near the Crimean city of Bakhchysara with a package of clothes, medicine, and “protection and ATVs to patrol the areas between checkpoints.”

Reports of humanitarian aid typically focus on the Russian-speaking or ethnic Russian residents of Crimea, but the Altai region of Siberia, which reportedly contains 15,000 ethnic Ukrainians—Ukrainian “refugees,” according to the Voice of Russia—offered humanitarian aid to Ukrainians who might choose to relocate from Crimea to Siberia—“and even motor transport to take them to the region.”

These interesting sorts of “humanitarian aid” have seen little challenge in the mainstream press. As Tatars and other minorities are feeling less than fully welcome in the newly Russian Crimea, many are packing up to leave or expecting to be forced out, as the Tatars were under Stalin. Moscow’s provision of buses seems to be a humanitarian gesture of sorts—an offer of transportation out with a seat on a bus rather than a forced march accompanied by the military. Altai’s gesture is clearer about its offer of transportation.

To be fair to the Russian government and its various republics, regions, and oblasts, the concept of humanitarian aid has been increasingly corrupted as a political tool in various parts of the world, not just Ukraine and Crimea. It’s just sad when one-way tickets out of one’s country can be portrayed as a humanitarian gesture.—Rick Cohen