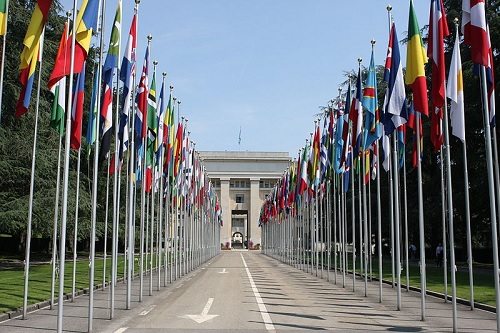 The 2013 United Nations Human Development Report is titled “The Rise of the South: Human Progress in a Diverse World.” The report depicts a world increasingly interconnected “through trade, migration and information technologies,” a world in which local policy decisions have global impact. The report holds up China, India and Brazil as examples of nations with new economic models that “will together account for 40 percent of global output” by 2050. One of the report’s key findings is that, “over the last decade, all countries accelerated their achievements in the education, health, and income dimensions as measured in the Human Development Index (HDI).” The report is also careful to note that “national averages hide large variations in human experience…and income inequality within and between many countries has been rising.”

For individuals in the social sector, the report’s conclusion that “rising economic strength in the south must be matched by a full commitment to human development” is significant. The report specifies that “investments should target the poor—connecting them to markets and increasing their livelihood opportunities.” The report singles out Brazil’s notable anti-poverty programs, and New York City Mayor Michael Bloomberg describes how he and his colleagues looked to “Brazil, Mexico and dozens of other countries” to establish Opportunity New York City: Family Rewards, the first conditional cash transfer program in the United States. Demonstrating the new interconnectedness of the world, Mayor Bloomberg explains, “No one has a monopoly on good ideas, which is why New York will continue to learn from the best practices of other cities and countries.”

As additional indicators of global progress, the report also highlights the joint findings that the world is becoming more educated and that the digital divide is narrowing as a result of the increasing Internet accessibility. The report references Facebook’s finding that four out of the five countries with the highest number of Facebook users are Brazil, India, Indonesia and Mexico. In terms of education, the report states, “Assuming a robust increase in school enrollment rates, the share of the world’s people older than 15 who lack formal schooling is expected to shrink from 12% in 2010 to 3% in 2050, and the share with secondary or tertiary education will climb from 44% in 2010 to 64% in 2050.” The report notes research showing that a mother’s education level is a more telling factor for her child’s survival than household income.

The report provides four recommendations for sustaining the momentum of current levels of global development: enhancing equity (including gender equity); enabling greater participation of citizens (including youth) in government; confronting environmental pressures, and managing demographic change. The report notes that job creation and re-balancing representation in intergovernmental organizations will also be important priorities for the future.

Responding to the U.N. report in a recent editorial, the Ottawa Citizen writes, “The big story is that around the world, poor countries are less poor than they were a decade ago.” Rather than fixate on where Canada falls in this year’s ranking and whether or not Sweden “beat us again,” the Ottawa Citizen recommends that anti-poverty organizations in Canada and worldwide “spend a little more time acknowledging that things are getting better, in an unprecedented way, and analyzing the reasons for that success.”

Encouraging a broader perspective, the Ottawa Citizen writes, “Who cares whether Canada is in the top 10 or the top 15? What matters is that for the people in countries at the bottom of the list, life is likely to be a little easier than it was for their parents.” The newspaper’s editorial concludes, “This is not just the big story of the past week; it’s the big story of a generation.” We agree. –Anne Eigeman