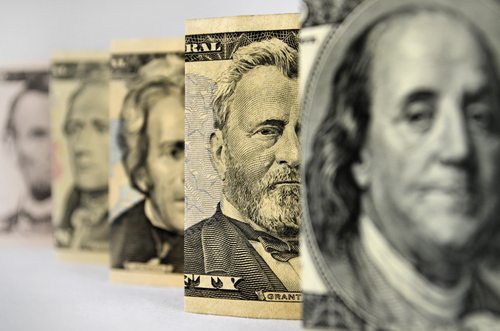 Some years ago, there was a survey conducted by a couple of national nonprofit leadership organizations to ascertain the “core values of the nonprofit sector.” How do the ever-rising salaries of private university presidents—while faculty salaries stagnate and tuition costs to students skyrocket—reflect the core values of the nonprofit sector? Jaeah Lee and Maggie Severns writing for Mother Jones note that a number of private universities—and, to be fair, public universities as well—are providing pay and perks to university presidents that are kind of mind-boggling.

Their list of outrageous perks includes: New York University’s $1 million low-interest loan to president John Sexton to buy a summer home on Fire Island (NYU also forgave one-third of the mortgage it had provided to current Treasury Secretary Jack Lew when he left the school in 2006); Johns Hopkins University’s payment to Bill Brody, its outgoing president, of $3.8 million in retirement benefits; the $1 million exit bonus paid by the New School to outgoing president Bob Kerrey, the former senator from Nebraska; and Vanderbilt University’s payment of $6 million in 2011 to Harry Jacobson, the former chancellor of the school’s medical center even though Jacobson had retired two years earlier.

Mother Jones also published a list of private university presidents who made more than $1 million in 2010, topped by Kerrey at the New School with a top salary of $3,047,703, followed by a long list of others. (We’ve added the tuition/fees/room/board figures to the list.):

What’s going on here? Some people might say that for top schools to attract top talent, you have to pay top dollar. Some advocates in the nonprofit sector suggest that high salaries like these are perfectly acceptable, and that nonprofit CEOs should get salaries comparable to private for-profit sector salaries—and these are. The Mother Jones authors note that the trustees of universities are often CEOs themselves (a higher proportion of private university trustees come from the corporate sector than the trustees of public universities) and their salaries have also skyrocketed in recent years, so it makes sense that they would assume that the presidents’ salaries at the universities they oversee would also rise accordingly. Running New York University, the New School, or Vanderbilt is really running a big-time corporation, and the CEOs of these entities ought to be paid commensurately.

On the other hand, much like at private corporations, while the CEOs’ salaries are rising year after year, that doesn’t go for the salaries of faculty, much less non-faculty employees. Increasingly, universities get by on hiring part-time adjunct professors, who are paid roughly between $2,000 and $3,000 per course (with no benefits), as opposed to hiring full-time faculty. The proportion of university faculty who are part-time has risen from about 30 percent in 1974 and around 40 percent in 1993 to over 50 percent in 2011. Much like in the corporate world, where average hours per week is sinking and where part-time employment is increasingly the norm, underpaid part-time faculty at colleges and universities are the new faculty majority. Add in graduate assistants, and non-tenure part-time faculty might be as high as 75 percent. Universities keep their labor costs low and make them lower by following the corporate model even while their CEOs pull in ever more lavish salaries and perks. Pablo Eisenberg calls this “the caste system in higher education.”

If university CEOs run their schools like private corporations, pushing labor costs down by hiring low-cost, no-benefit part-timers, do the CEOs’ seven-figure salaries and associated perks reflect the values of the nonprofit sector?—Rick Cohen