Musée Picasso Emerges from Its Own Blue Period 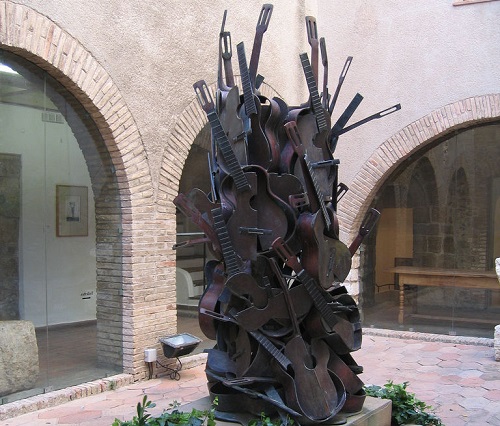 On October 25th, which would have been Pablo Picasso’s 133rd birthday, the Paris museum that bears his name will at last reopen, with more than twice as much public space as it previously had and with a new state-appointed president, Laurent Le Bon. Le Bon, nicknamed “Larry the Good” by his peers in the international art world for his diplomacy, has had the formidable task of mending fences with employees, neighbors, board members (including one of Picasso’s sons), and the art-loving French populace after several missed dates for the reopening and after the highly public dismissal in May of the museum’s previous leader, Anne Baldassari “on the grounds of autocratic management.”

Le Bon, who has only been in the role since June, appears to have done a fine and speedy job of winning over Musée Picasso critics, “waging a charm offensive,” as described in the New York Times. So much so that Baldassari looks likely to be back as the curator for the opening exhibition she had already planned, which would solve yet another thorny public relations situation, as Baldassari and her attorney had claimed a form of copyright on the arrangement of paintings.

Board member Claude Picasso, who did not agree with the decision to fire Baldassari, has at least muted his public criticisms since Le Bon’s appointment. And after meeting with Le Bon, Maya Widmaier Picasso—the artist’s daughter with his mistress (and model) Marie-Thérèse Walter—showed her support by donating Picasso sketches and a partial drawing of French poet Guillaume Apollinaire, completing the other half of the picture, which the museum already owns. According to her son, Oliver Widmaier Picasso, “It symbolizes reunification. We walk in the same direction. My mother was sad to see that her father’s work had become a hostage in this story. She felt that people at the museum were like survivors on a raft, and they didn’t know whether we were against them.”

Musée Picasso opened in 1985 in a 17th-century mansion and houses the largest collection of Picasso paintings in the world. The collection includes more than 5,000 works donated by the Picasso family following the artist’s death in 1973. This weekend, the empty mansion will open to the public for a free sneak peek of the renovations. Installation of some 500 paintings will follow, ahead of the October opening.

Le Bon has been listening to concerns from neighbors of the museum regarding the design of a metal pergola and may make adjustments to the design. He has been working to rebuild trust with employees and the local union. He has been engaging with peers at other major French museums, discussing possible loans of Picasso works—something his predecessor was disinclined to do. Loan fees for works that have been touring for years helped to support the costs of renovations. And loan fees and touring exhibitions are likely to figure heavily into the business model when the institution resumes operations, because the state-run museum will be expected to generate about 60 percent of its annual budget in earned revenue.

Le Bon, who in 2010 presided over the opening of Centre Pompidou Metz in the northeast of France, seems ready to put the drama of the renovations behind the Musée Picasso and focus instead on the excitement of the weeks ahead. “It’s like preparing a play, or a film, or a musical spectacular,” he said. “An opening is magical.” —Eileen Cunniffe