The Take on “My Brother’s Keeper” 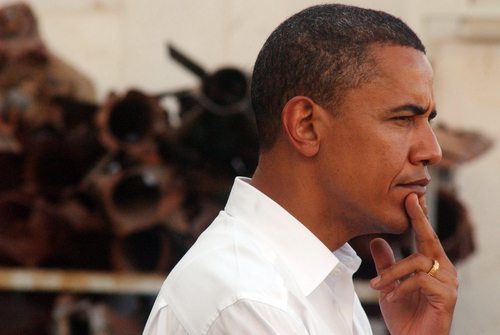 When President Obama was able to gather both Rev. Al Sharpton, most recently known as an MSNBC talk show host, and Bill O’Reilly, the Fox News talk show king, to show up at the White House together for the announcement of the My Brother’s Keeper initiative, it had to have been the most successful bipartisan announcement of the president’s second term of office. The president was practically gleeful as he took note of both TV talking heads at the announcement of the program: “If I can persuade Sharpton and O’Reilly to be in the same meeting, then it means that there are people of good faith who want to get stuff done, even if we don’t agree on everything, and that’s our focus.”

Did the president get this odd couple to actually agree about something? For Sharpton, speaking on MSNBC’s Morning Joe, My Brother’s Keeper was “about trying to make opportunities and trying to build self-esteem and challenge these kids.” He added that the underlying theme is, “Despite the fact you come out of a deprived community, you can’t have excuses.” When host and former Republican congressman Joe Scarborough joined in to remark on the power of President Obama’s “no excuses” conclusion to the announcement, Sharpton called it truly powerful because of the president’s upbringing, raised in a single-parent home. “You’re looking at a man…[who’s] been through that…[and] it removes any of the defense mechanisms that kick in.”

Bill O’Reilly followed the White House announcement with some recommendations for presidential counselor Valerie Jarrett. The president’s initiative would be well served, O’Reilly advised Jarrett, if the White House were “to get people like Jay-Z, all right, Kanye West, all of these gangsta rappers to knock it off.” After declaring gangsta rappers priority number one, O’Reilly switched his gender targets with his second recommendation, calling on First Lady Michelle Obama to appear on The O’Reilly Factor and say, “You teenage girls. You stop having sex. You stop getting pregnant.”

It might seem that Sharpton and O’Reilly were in fundamental disagreement about the president’s initiative. They certainly would disagree about the hilarious notion of Kanye and Jay-Z as gangsta rappers. But what is it about the My Brother’s Keeper initiative that they might have seen in a similar vein with the president?

The president described the purpose of the February 27th White House gathering as coming together “to do what we can, in this year of action, to give more young Americans the support they need to make good choices, and to be resilient, and to overcome obstacles, and achieve their dreams.” In specific relation to the elements of My Brother’s Keeper, the text of the president’s remarks included the following:

“In my State of the Union address last month, I said I’d pick up the phone and reach out to Americans willing to help more young men of color facing especially tough odds to stay on track and reach their full potential, so America can reach its full potential. And that’s what today is all about.

After months of conversation with a wide range of people, we’ve pulled together private philanthropies and businesses, mayors, state and local leaders, faith leaders, nonprofits, all who are committed to creating more pathways to success. And we’re committed to building on what works. And we call it ‘My Brother’s Keeper.’

Now, just to be clear—‘My Brother’s Keeper’ is not some big, new government program…. But what we’re talking about here today with ‘My Brother’s Keeper’ is a more focused effort on boys and young men of color who are having a particularly tough time. And in this effort, government cannot play the only—or even the primary—role. We can help give every child access to quality preschool and help them start learning from an early age, but we can’t replace the power of a parent who’s reading to that child. We can reform our criminal justice system to ensure that it’s not infected with bias, but nothing keeps a young man out of trouble like a father who takes an active role in his son’s life.

In other words, broadening the horizons for our young men and giving them the tools they need to succeed will require a sustained effort from all of us. Parents will have to parent—and turn off the television, and help with homework. Teachers will need to do their part to make sure our kids don’t fall behind and that we’re setting high expectations for those children and not giving up on them. Business leaders will need to create more mentorships and apprenticeships to show more young people what careers are out there. Tech leaders will need to open young eyes to fields like computer science and engineering. Faith leaders will need to help our young men develop the values and ethical framework that is the foundation for a good and productive life…

While there may not be much of an appetite in Congress for sweeping new programs or major new initiatives right now, we all know we can’t wait. And so the good news is folks in the private sector who know how important boosting the achievement of young men of color is to this country—they are ready to step up.

Today, I’m pleased to announce that some of the most forward-looking foundations in America are looking to invest at least $200 million over the next five years—on top of the $150 million that they’ve already invested—to test which strategies are working for our kids and expand them in cities across the country.”

The president was straightforward about My Brother’s Keeper: It isn’t a government program. In fact, as Rev. Sharpton said on Morning Joe, none of the program’s financial resources “will be government money.” The president is capitalizing on the efforts over the past two or three years by several foundations, such as the California Endowment, Open Society, Robert Wood Johnson, the Knight Foundation, and others, to focus the nation’s attention on the variety of indicators that show black men and black boys lagging behind not only whites, but other racial and ethnic groups on a variety of measures of socio-economic and educational progress and ach