N.J. Nonprofits Weigh in on Threat (or Promise) of Open Ticketing 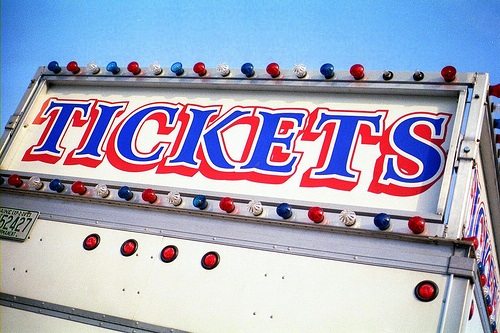 Various interests, including some nonprofit arts organizations, are weighing in on proposed legislation regarding the sale of tickets to arts and sports events in New Jersey. The New Jersey Star-Ledger focuses on the part of the legislation that would ban the sale of paperless ticketing, but moving forward, this debate may be largely moot now that Ticketmaster has introduced a system for transferring paperless tickets. Enabling these transfers may essentially pull the legs out from underneath the consumer protection purpose of that method (some artists have supported paperless ticketing because it puts more tickets directly in the hands of fans as opposed to scalpers and ticket brokers, but a transfer system could render that public interest plank of paperless ticketing less effective).

Paperless ticketing aside, however, another aspect of the New Jersey legislation calls for making all tickets to a performance available to the public in the name of greater transparency for consumers. But some nonprofit arts venues have raised concerns about this plan, noting that it would preclude them from offering “early bird” tickets to certain donors or contest winners. In addition, McCarter Center for the Arts Managing Director Timothy Shield tells the Star-Ledger, “We couldn’t block off tickets for group sales. Groups tend to like to sit together.”

In addition, the proposed bill bans the flexible pricing practice in which a venue might increase ticket prices for a performance that proves to be in high demand. Such a measure might help protect concertgoers or game attendees from price gouging, but Shields notes that it would also prevent his theater from upping the cost of a prime seat for one of the final performances of a play that proves to be a hit. As the McCarter Center earned $100,000 from this method last year, Shields couches his argument in light of recent cuts to funding for the arts: “Our state funding has gone down by $300,000. Why pass a law that prevents us from gaining $100,000 of that back?”

This looks to be a pretty clear case of dueling public interests. There is a public interest in bringing greater transparency to the ticketing process of events with a big draw, as consumers often find themselves at the mercy of a supply and demand equation that is heavily weighted in favor of the suppliers. At the same time, there is also a public interest in maintaining the financial viability of struggling nonprofit performance venues that, as Shields points out, rely on some fundraising techniques that are at odds with the proposed legislation. Moving beyond a “one size fits all” legislative solution might help balance these competing public interests, although a tiered approach might also provoke legal challenges. Nonprofit arts advocates, what advice would you give to lawmakers in Trenton? –Mike Keefe-Feldman