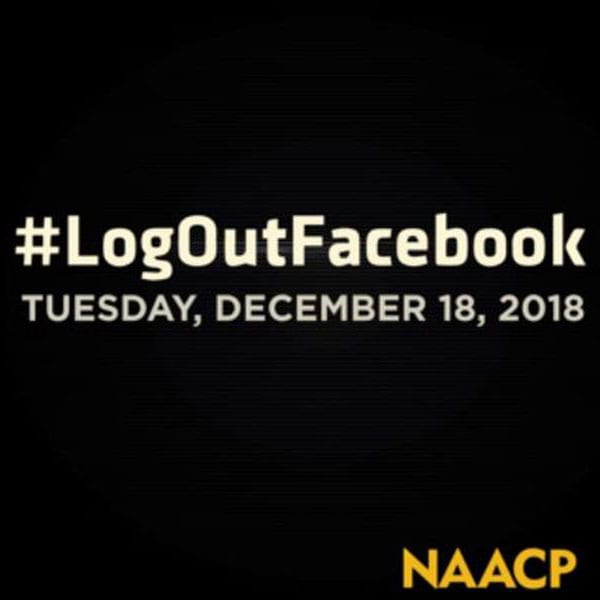 The NAACP is calling for a weeklong boycott of Facebook and Instagram after two investigations into internet-based activity emanating from a Russian based troll factory known as the Internet Research Agency (IRA) targeted potential Black voters on those two platforms with voter suppression messages.

The NAACP, the statement reads, “will lead a digital protest, #LogOutFacebook…in response to the tech company’s history of data hacks which unfairly target its users of color.”

The two reports prepared for the Senate Intelligence Committee were issued by Oxford University and cybersecurity firm New Knowledge. New Knowledge concludes in its report:

The greatest effort on Facebook and Instagram appears to have been focused on developing Black audiences. There was significant and extensive integration into the Black community, particularly on Facebook, via the creation of a dedicated media ecosystem, the sharing and cross-promotion of legitimate media content, and ongoing attempted development of human assets.

In addition, it finds that the Russians “created an expansive cross-platform media mirage targeting the Black community, which shared and cross-promoted authentic Black media to create an immersive influence ecosystem.”

Meanwhile, a third report, Troll Patrol, released yesterday by Amnesty International in collaboration with Element AI, reports that the targeting of women—and women of color in particular—on Twitter is disproportionate to other segments of the population.  Hamza Shaban and Taylor Telford report for the Washington Post that:

The study looked at millions of tweets received by nearly 800 journalists and politicians across the political spectrum in the United States and Britain in 2017. More than one million “abusive or problematic tweets” were received by women in the study—about one hateful tweet every 30 seconds. Black women were subject to the lion’s share of hate and were 84 percent more likely to receive abusive or problematic tweets than white women, the study found. Overall, women of color were 34 percent more likely to be targeted by abusive tweets.

“Troll Patrol means we have the data to back up what women have long been telling us—that Twitter is a place where racism, misogyny and homophobia are allowed to flourish basically unchecked,” Milena Marin, senior adviser for tactical research at Amnesty International, wrote in a blog post about the study.

In response to the election-related targeting of potential Black voters, the NAACP announced yesterday it would return a donation from Facebook and called on supporters to boycott Facebook and Instagram for a week “to signify to Facebook that the data and privacy of its users of color matter more than its corporate interests.” The #LogOutFacebook protest started yesterday.—Ruth McCambridge