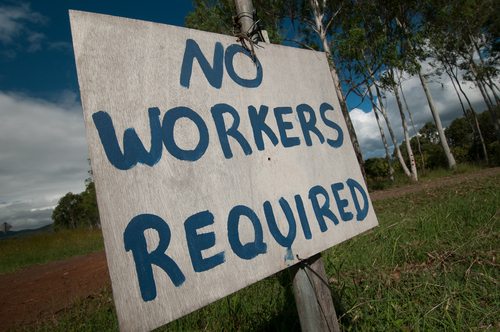 The National Alliance on Mental Illness has just released a report called “Road to Recovery: Employment and Mental Illness,” and the findings are tough. People with serious mental illness have an unemployment rate of more than 80 percent.

According to NAMI, employment rates are on the decline, with 17.8 percent of people receiving public mental health services employed in 2012 as compared to 23 percent in 2003. These rates varied greatly by state, from 92.6 percent in Maine to 56 percent in Wyoming. The report found that most adults with mental illness want employment and sixty percent can succeed with support services, but a mere 1.7 percent received those services in 2012.

The report cited a number of successful program models, but support for employment for this population tends to be spottily funded. Additionally, the report suggests that the administration of SSI and SSDI provide barriers to work because people on these benefits who obtain work may lose both their cash benefits and their health insurance.

“During recessions, we see a spike in disability,” says David Wittenburg, a senior researcher at Mathematica Policy Research. It’s a trend that has been made worse by a shifts in the labor market. “There’s an increasing demand for high-skilled labor, and sometimes people with disabilities get left behind.”

Still, NAMI’s Sita Diehl says that now may be the right time for states to fund employment supports. Not only is the economy improving, but the mental health parity law in combination with new insurance options offered under the Affordable Care Act will provide people with new ways to manage their mental health needs while working.

Kaiser Health News reports, “Mental health coverage, for example, is now a mandated benefit on plans purchased in the individual and small group marketplaces. And people with a mental illness can no longer be denied coverage for having a preexisting condition.”

NAMI is calling on state legislatures to bolster their employment assistance to take advantage of the new options.—Ruth McCambridge