I want to first say that I think that the conversation around narrative has been very contrived, that narratives are a set of ideas or beliefs that have been refined over time that accumulate, and so when we talk about shifting the narrative, I think that it makes it sound like it happens one organization or one individual at a time, when really it happens with all of us in community with each other, and so—I’ll be as brief as possible. So, every issue, every campaign, every policy that organizations spread, as we talked about, comes with a built-in story, right? These are complete with characters whose values are in some way threatened; a moral dilemma; a solution rooted in our vision of society, in our worldview; and a call to action that helps us imagine, or to create something new or something different. Each of those stories has a narrative genealogy—that’s the oral, written, or otherwise known account or record of the central values, ideas, and beliefs or motivations from which those narratives have evolved. And so our society possesses this structure of interconnected parts and subsystems that influence each other in really systematic ways, and within that structure, stories and narratives are the glue that holds those parts together.

So given this, we’re not just trying to change narratives, as we talk about it kind of capriciously sometimes, but we’re trying to build narrative power, and power is such an important part of this conversation. A narrative power is a type of power that shapes the norms and the rules by which our societies live, and we know that powerful and wealthy operatives use institutions like commercial media and social media and organized religion, which come complete with predetermined biases, to propagandize and shape the often unspoken and pervasive norms and beliefs and values of a society, and so this serves to maintain a particular social order. It’s so important to just like zoom out a little bit and remember that like these narrative strategies preserve a social order in which white people and white Western ideas are rendered supreme, and in this paradigm, whiteness subordinates Blackness, capitalism is central to our existence, and the land is subservient to humans. These norms and beliefs and values are then codified into society through legislation and regulated and controlled through policing and social stigma.

So, unlike traditional “marketing for good” strategies, when we build narrative power for social justice, it requires the use of counternarratives, and this is one of the strategies that I really want us to consider in developing our narrative shift goals. Counternarratives are narratives that are derived from the most marginalized individuals and communities, and these narratives use their insight, their wisdom, their knowledge, their know-how to be able to build a more inclusive vision of society and to reimagine our existence and expand the dimensions of what we consider normal or acceptable, and in this way, we replace dominant narratives with diverse and inclusive stories. Narrative power necessitates that we not only center the experiences of the people in closest proximity to oppression, but that we also work towards models whereby those who are most impacted are part of leading, identifying solutions, setting priorities, creating policy agendas, and shifting narratives about human value, and so when we disrupt existing narratives, one of the things we have to remember is that stories are never told separate from larger power structures, right? That narrative is really a key element of the mode of production in which these elements that we’re talking about really function, and so one thing that we do at the Movement for Black Lives is we think about whose stories have been left off the table. When we talk about increasing representation for spokespeople, why that matters is because the stories that we’re telling actually help us to see—and by “see,” I mean perceive of, understand, and be immersed in—a different way of living. And non-homogenously, because history books, the media, those often tell us homogeneous stories, and we’re seeing a huge attack on critical race theory right now. Why wouldn’t anybody want to know more about widening conclusions, about whose experiences and stories have fomented our democracy? In part, they’re trying to stifle that because they would like for the homogenous ways in which power currently exists to continue to exist.

So, narrative shift, again, doesn’t happen one organization or one individual at a time, and there are these kind of preassembled archetypes that govern human lives, and that, coupled with kind of state repression, really impacts how people are able to galvanize and mobilize, but our job is to expose those narrative genealogies, those old antiquated stories that lead people to oppress others, and to build a new vision of society. 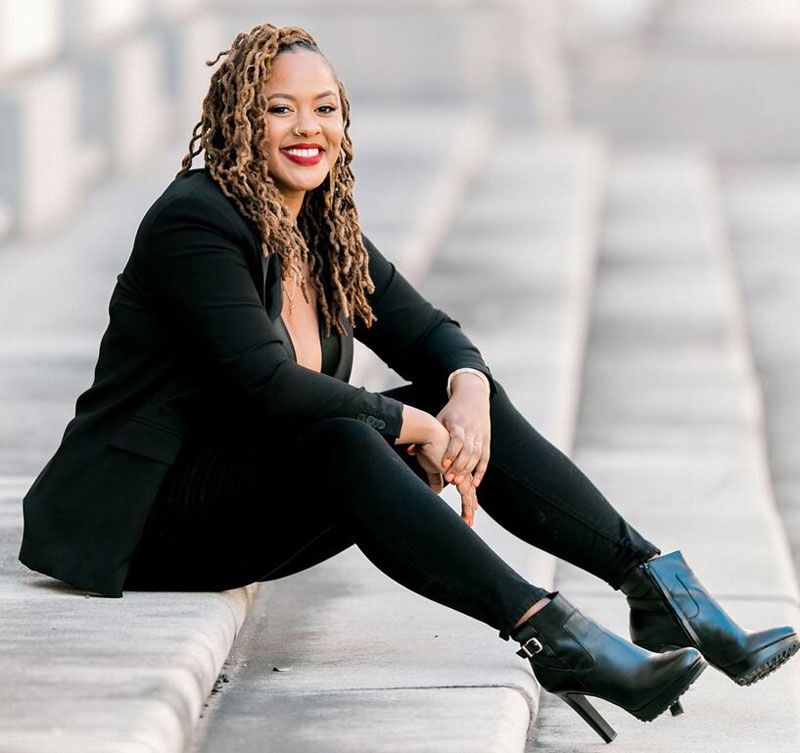