Nashville Planned Parenthood Has Its Fundraising Enhanced by Its Foes

When other local facilities bowed out of hosting a fundraising event for Planned Parenthood for Middle and East Tennessee, The Temple Congregation Ohabai Shalom, a Nashville synagogue, reached out to offer their space.  Among the nonprofits that refused to lease their space was the Gordon Jewish Community Center—according to some, because their Catholic members had objected to the arrangement. An earlier article in the Tennessean revealed that the Pennsylvania-based Jewish Pro Life Foundation said it had also been pressuring the JCC to return the rental deposit, but the JCC claimed it had not seen the letter in question.

This followed Planned Parenthood’s being informed that their usual site at the Second Harvest Food Bank of Middle Tennessee was no longer available to them because of a 2013 policy that disallows the renting of space for events considered to be political events.

Senior Rabbi Mark Schiftan of The Temple explained, “This congregation has a 50-year history of taking courageous stands on divisive issues, social issues and moral issues and are fully supportive of the right of their clergy to help delineate the direction of the moral compass of this congregation on these issues.” Rabbi Shana Mackler said Planned Parenthood “has become a political football” and the Temple endorses efforts to improve women’s health and limit unwanted pregnancies.

“For us, this was a decision to live out our principles,” she said.

As might be expected, ticket sales have exceeded expectations for Planned Parenthood’s event, and new sponsors have emerged amidst the set-to. Jeff Teague, Planned Parenthood’s CEO and president, asserted that a number of their major donors also belong to the JCC, and that they are upset with its decision.

When will people learn that Planned Parenthood’s supporter base increases with this kind of activity? Susan G. Komen’s defunding caused fewer donations to flow its way and more to flow to Planned Parenthood. The principle stands.—Ruth McCambridge 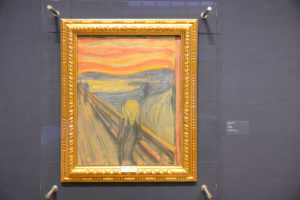