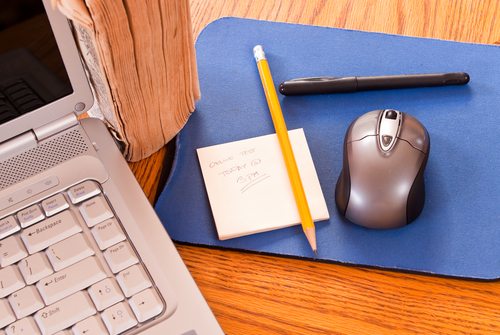 Even without the issue of whether a charter school should be allowed to offer only online courses, the controversy in North Carolina concerning the nonprofit school that proposed such a plan raises questions about the boundaries between nonprofits and for-profits.

In 2012, a nonprofit called N.C. Learns got the approval of a county school board outside of Charlotte to open an all-online charter school that would attract students from around the state. The state board of education didn’t vote one way or the other on the idea. When challenged, the nonprofit went to court and got a state administrative law judge to give N.C. Learns the go-ahead because the state board had simply failed to act. However, a Wake County judge ruled that N.C. Learns needed the state board’s approval. Now, this week, a three-judge appeals court panel in the state rejected the nonprofit’s argument that the state board’s inaction constituted an illegal moratorium on virtual charter schools.

But there is an identity problem here. Who or what is N.C. Learns? According to Anne Blythe of the Observer, N.C. Learns is “a nonprofit backed by K12, Inc., a for-profit company and one of the biggest players in the online education business.” The application N.C. Learns originally filed with the local county school board was to establish the North Carolina Virtual Academy. A Google search for that name leads to a webpage on the K12, Inc. website, with information marketing virtual learning, but not providing easy-to-find information about the structure or governance of the school or N.C. Learns (or North Carolina Learns).

Information about the publicly traded K12 is available on the web. Currently, it is trading on the New York Stock Exchange at a little over $20 a share, though that a little more than half of its 52-week high this year. The K12, Inc. 2013 annual report shows it with $848 million in FY2013 in revenues and a healthy profit margin.

One of the “nonprofit” names used for the charter school application, the North Carolina Virtual Academy, seems to exist only as a name on the website of the North Carolina Secretary of State, with an address in Raleigh shared by dozens of other corporations with names filed by a corporate registered agent service at the address called SearchTec. Like the Virtual Academy, the name “North Carolina Learns” appears on the Secretary of State’s database in 2012, filed by an attorney in Concord, N.C., named Michael R. Burgner. In the press, the only representative of N.C. Learns cited by name is board member Chris Withrow. The application for charter school status submitted to Carbarrus County Schools (in Concord NC), apparently developed prior to the formal incorporation of N.C. Learns, identifies four board members including Withrow, but makes it clear that K12 will operate the school and provide the software and virtually everything else.

Even a policies and practices manual submitted to the county school board as part of the Virtual Academy application is from the Agora Cyber Charter School “powered by K12,” located in Pennsylvania. It is an odd choice, given the numerous troubles that Agora, run by K12, has encountered. Agora whistleblowers have claimed that K12 “used dubious and sometimes fraudulent tactics to mask astronomical rates of student turnover in its national network of cyber charter schools,” charges that K12 representatives deny. A New York Times review of virtual education programming in late 2011 was quite critical of Agora. “Nearly 60 percent of its students are behind grade level in math,” wrote Stephanie Saul for the Times. “Nearly 50 percent trail in reading. A third do not graduate on time. And hundreds of children, from kindergartners to seniors, withdraw within months after they enroll.” Agora, she wrote, was entirely taxpayer-funded, the likely scenario for the North Carolina Virtual Academy had it been approved.

The point here isn’t to argue the pros and cons of virtual education or even charter schools. It is to raise a question about the legitimacy of nonprofits that appear to be little more than shells operated by and for the benefit of for-profit corporations. “School choice,” as K12’s growth demonstrates, is big business. It seems, nonetheless, that the probity of nonprofit sponsors should be part of the public sector’s review of proposals like that of N.C. Learns. When a nonprofit, notwithstanding the good people who signed on as board members, seems to exist only to enable a for-profit to access resources, in this case, the state’s per-pupil funding of public charter schools, nonprofits overall suffer a loss of credibility. The sometimes paper-thin quality of some groups’ nonprofit status is underscored when the nonprofits in question are really no more than stalking horses for corporate players.—Rick Cohen