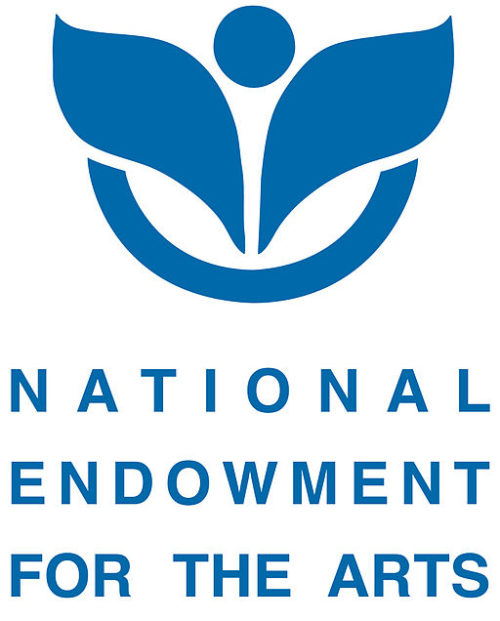 The two endowments have existed since 1965; President Lyndon B. Johnson signed them into law in the belief that an “advanced civilization” should value arts and culture. The $300 million spent in total on their annual budgets could be considered a “rounding error” for their tiny portion of the federal spending, but they have had an impact on artists of all genres for over 50 years.

Jane Chu, the chair of the Arts endowment, requested that her staff continue their normal routine as Congress takes up its part of the budget’s creation. William D. Adams, chairman of the Humanities endowment, released a statement that said, “We are greatly saddened to learn of this proposal for elimination, as NEH has made significant contributions to the public good.” He pointedly mentioned the endowment’s support in Senate Majority Leader Mitch McConnell home state of Kentucky and for “theater work by veterans of the wars in Iraq and Afghanistan.”

As we know, arts and humanities organizations are overwhelmingly nonprofits. Since fundraising is a priority, arts advocates as well as board members of cultural nonprofits have raised the question, “What does this do to the individual perspective, the individual donor, and the corporate donor? Will the arts slide farther down the list of priorities in a community?” As Sopan Deb wrote for the New York Times:

Some advocates for the arts endowment, which doles out far less money as a percentage than many other governments around the world, have said that its importance is less about the money and more about the message that it sends about the importance of culture in the United States.

In a timely report, the University of Pennsylvania, the president’s alma mater, has issued a study on the social impact of culture that provides a counterpoint to the argument that the arts do not count. “Culture and Social Wellbeing in New York City” used all the boroughs of the city to gather data on the impact of culture in communities. The report found:

In lower-income neighborhoods, cultural resources are “significantly” linked to better health, schooling, and security. The research, which was controlled for economic wellbeing, race, and ethnicity, found the presence of cultural resources is associated with:

The study made use of over 50 nonprofit organizations, which provided data along with qualitative interviews on direct experience in their individual communities. As reported by A.M. New York, some of the funding for the study came from the New York Community Trust.

“This research confirms and builds on what we’ve seen about the power of art to shape communities and improve lives,” said Kerry McCarthy, director of thriving communities at the Trust. “Our grantmaking boosts the arts in neighborhoods that need it most, so we are thrilled to use the findings to hone this strategy.”

Tom Finkelpearl is New York City’s Commissioner of Cultural Affairs, overseeing a budget the same size as the federal arts endowment. He knows the pressure of fundraising for the arts; prior to the appointment, he spent a dozen years with the Queens Museum of Art on the former grounds of the 1964 World’s Fair.

From personal experiences with works of art, to regional economic development—no matter how you look at it, art and culture have a transformative effect on our communities. […] Now, SIAP’s groundbreaking report brings us a greater understanding of how these benefits play out on a neighborhood level. This remarkable research makes it clearer than ever: Access to culture is a defining feature of a healthy community. As we continue to develop the CreateNYC cultural plan, we will use these findings to better appreciate and advocate for the role that art and culture play across all five boroughs.

Before Congress decides to cut funding to the arts and humanities, they should be made aware of the interrelations between arts and education, safety, and the economy. This report should be required reading, and perhaps the administration and Congress would benefit from a bipartisan board retreat. Nonprofits know the value of bringing their boards together for a whole day to get to know each other, strategize for the best direction for their organizations, and plan to obtain the tools to achieve their goals. Congress could have their retreat in the Smithsonian, an excellent arts and culture organization just down the street.—Marian Conway