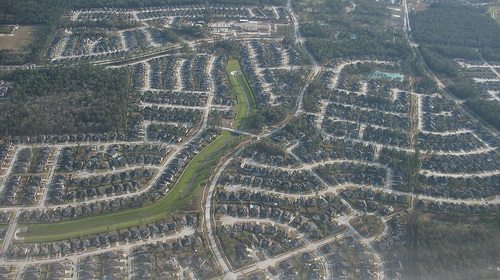 In Nonprofit Quarterly’s continuing coverage of the dynamics of Ferguson in the wake of the killing of teenager Michael Brown, we have consistently pointed out the impact of increasing suburban poverty, particularly poverty in inner-ring suburbs like Ferguson, with its relationship to St. Louis. As demographics in cities change, a significant piece of urban poverty has been pushed to the suburbs, as is evident in the socio-economic statistics that characterize Ferguson and other communities. Unlike inner cities, however, relatively scant attention has been paid to the most productive responses and solutions to the problem of inner-ring suburban poverty—in part, we believe, because of the dearth of nonprofit organizations providing a platform for voice and advocacy about conditions that need to be addressed and changed.

If you’ve spent time in Houston, you know that it is the size of a small country, and many in-city neighborhoods are actually suburban communities that happen to have a Houston city address. A nonprofit organization called Neighborhood Centers, which was established over a hundred years ago as the Houston Settlement Association, has been responding to the needs of communities in greater Houston where there is no public transportation to a health clinic or food bank—“where the urban safety net that poor people rely on may not stretch,” in the words of Amanda Kolson Hurley, writing for The Atlantic’s CityLab.

Hurley presents an upbeat picture of the “success,” as she describes it, of Neighborhood Centers, originally a part of the settlement housing movement that most people associate with East Coast entities such as the Henry Street Settlement in New York City or Jane Addams’s Hull House in Chicago. She reports that Neighborhood Centers is the “largest nonprofit in Texas,” which doesn’t quite sound right, though the nonprofit is pretty big (with $246.9 million in revenue and a fund balance of $41.6 million 2012), “with 70-plus locations spread across 60—yes, 60—counties,” as she puts it.

Part of Hurley’s analysis is that the effectiveness of Neighborhood Centers is reflected in and conveyed by its size: “Its size is not just a sign of the growing need for its services, but has become a powerful tool in and of itself,” she writes. She quotes the CEO of Neighborhood Centers, Angela Blanchard, to say, “We’ve learned there are advantages to size…. You can take on big regional challenges.” Hurley adds, “The organization’s size also enables it to take a holistic approach, providing a broad spectrum of services…to assist whole families.”

That seems to be the key to the success of Neighborhood Centers as Hurley sees it: the integration and co-location of multiple services, exemplified by the four-acre Baker-Ripley campus that Neighborhood Centers operates in the Gulfton area of Houston. Based on input from residents though the Centers’ “appreciative inquiry” approach keyed to building on local, community assets (much like the asset-based community building approach of John McKnight and Jody Kretzman, at least as Hurley describes it), Baker-Ripley contains a charter school, health clinic, credit union, tax prep center, and an immigration information office, as well as classrooms, green community space, and bus service. The mix addresses multiple factors of the issues underlying Houston’s suburban-like poverty.

Neighborhood Centers CEO Angela Blanchard isn’t surprised by the emergence of suburban philanthropy. For her, as she said to CityLab, suburban poverty has been there all along. However, much of Houston’s suburban poverty is substantially within Houston city lines, as Houston gained more population in the last U.S. Census than any city in the U.S. except for New York City. Outside of the city line, in suburban Harris County, population growth was even faster. Ferguson, however, is located outside of St. Louis city, an older city that has shrunk from a population of 856,796 in 1950 to 319,294 in 2010—with estimates that it has lost another thousand people as of 2013. In the same time period, Houston’s population increased more than threefold, from 596,163 in 1950 to an estimated 2,195,914 in 2013.

The suburban poverty of Houston is poverty encompassed in metropolitan growth. For Ferguson and St. Louis, suburban poverty is associated with a shrinking, declining city. Having been admirers of the settlement house movement over history, we find much to admire in Houston’s Neighborhood Centers. However, the effective response to suburban poverty adjacent to older cities like St. Louis may require different strategies and solutions. But whether suburban Houston or suburban St. Louis, there is no question that a key element of any successful strategy will be the presence and capacity of a nonprofit infrastructure and delivery system.—Rick Cohen