Net Neutrality and Civil Rights Groups: Censorship and Selling Out 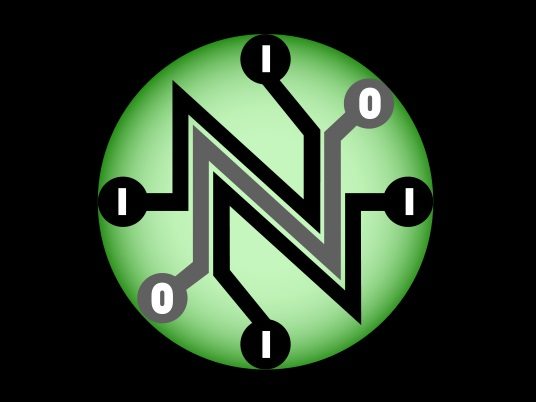 The debate on “net neutrality” may not be on the front burner for many Americans, but it is an active and contentious issue for its proponents and opponents. Corporate players such as Comcast, Verizon, and other Internet Service Providers (ISPs) have pitched “fast lanes” and “slow lanes” for Internet content, a strategy seen as the antithesis of net neutrality. That was the interpretation of writer Lee Fang, whose analysis had been published on NewsOne, a news and commentary website geared toward an African-American audience, until, Fang contends, NewsOne pulled the article down on orders from the website’s parent company, which happens to be a business partner with Comcast. Fortunately, Fang’s controversial article—“Leading Civil Rights Group Just Sold Out on Net Neutrality”—was picked up by The Nation, among other sites, though it disappeared from several more.

Fang’s article argued that a bevy of major civil rights groups, including the NAACP, the League of United Latin American Citizens, the Urban League, the National Council on Black Civil Participation, the National Action Network, the Council of Korean Americans, the Japanese American Citizens League, the National Black Farmers Association, the Rainbow PUSH Coalition, OCA, Asian Pacific American Advocates, and the National Puerto Rican Chamber of Commerce, have joined with the big corporate ISPs to oppose the reclassification of broadband services as a public utility. Fang also identified lobbyists working with minority populations on telecommunications issues, such as the Minority Media and Telecommunications Council (MMTC), raking in big dollars from Comcast, Verizon, and the telecom trade association, the National Cable and Telecommunications Council.

Spicing his commentary with tales of the League of United Latin American Citizens (LULAC) and the Organization of Chinese Americans (OCA) from Comcast and AT&T, Fang summed up his piece with this devastating line: “Just as Martin Luther King Jr.’s children have embarrassingly descended into fighting bitterly over what’s left of his estate, the civil rights groups formed to advance Dr. King’s legacy seem willing to sell out their own members for a buck.”

The path of NewsOne’s censorship was acknowledged by a NewsOne editor, Abena Agyeman-Fisher, who said that the website’s corporate owner, Radio One, had ordered the article pulled down. Radio One, Fang reports, is a 50 percent business partner with Comcast in a venture called TV One. In addition, MMTC was involved in the retraction of Fang’s article. After Fang was denounced by MMTC vice president Nicol Turner-Lee for being part of a “digital lynch mob”—an unfortunate term to use in the context of a debate around civil rights—MMTC president David Honig admitted that he had reached out to NewsOne about Fang’s article and went on to defend Turner-Lee’s language as reflective of “the vernacular of the movement to which she has devoted her life.”

Fang pointed out that Turner-Lee, who had been the VP and first director of the Media and Technology Institute at the Joint Center for Political Studies, had resigned her last pre-MMTC position in the wake of charges of financial improprieties. It appears that she did resign as president and CEO of the National Association for Multi-Ethnicity in Communications after only a year in the position, but the announcement came less than a week after an internal NAMIC organizational audit had pronounced her “cleared of alleged financial and operational improprieties.”

Without delving into the arcane details of the net neutrality issue in front of the Federal Communications Commission, two aspects of Fang’s articles are important to Nonprofit Quarterly and should be important to nonprofits in general:

It is a tough question for civil rights organizations to address, especially in light of the reliably incisive (and not “lynch mob”) reporting of Lee Fang. By giving outside of their corporate foundations, corporations have many mechanisms of grantmaking to nonprofits that would not be publicly reported, and because of 501(c)(3) confidentiality rules, the recipients don’t have to report their funders on their 990s too. But an examination of corporate foundation giving to civil rights groups shows patterns of generosity that might have implicit or explicit corporate expectations of friendly civil rights group reactions.

The Foundation Directory Online lists 30 grants from the Verizon Foundation to the NAACP, either the national organization or some branches, amounting to $2.82 million between 2006 and 2012. The AT&T Foundation weighed in with six grants totaling $1.63 million. Comcast provided 218 grants between 2006 and 2012 amounting to nearly $4.2 million to the Urban League and its network of local affiliates. Verizon generated 75 grants to the Urban League network totaling $2.98 million. Do civil rights organizations find themselves swayed by the presence and generosity, so to speak, of their corporate benefactors?

We would hazard that the civil rights organizations that Fang identifies as having signed on against net neutrality have for the most part historically strong missions and track records. But as Cook and Kendzia noted in their paper, when organizations confront “funding dilemmas,” the kinds of financial crises that even large nonprofits sometimes encounter, organizational missions sometimes suffer and become compromised. We would also suggest that too much dependence on and too much coziness with corporate funders also chip away at nonprofit missions. Fang’s charge is that these civil rights groups have “sold out,” at least when it comes to corporate funders’ position on net neutrality. Fang’s analysis is a challenge that fundamentally asks civil rights organizations, how much corporate funding from the likes of Comcast, Verizon, AT&T, and non-telecom funders like big banks and the Wal-Mart Foundation, all big donors to civil rights groups, is too much corporate money for civil rights to swallow?—Rick Cohen