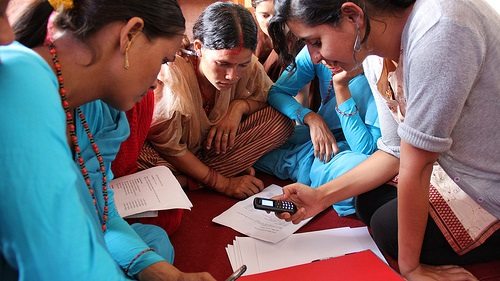 There are more than 200 start-up accelerators all over the United States, providing an early investment of intensive training, advice, and capital to new technology-based companies. Until this point, only Y Combinator has accepted nonprofits, and even then only sparingly. Now, a new start-up accelerator in San Francisco will focus solely on nonprofit-based technology enterprises.

Called Fast Forward, the accelerator has selected its first five companies, each of which will receive education, mentoring, and capital (albeit only $25,000) as well as connections to help them launch. They are:

“Software has the power and scale to be a force for good, yet there’s a gap in support for software nonprofits who in the early stages need to build their product and prove their model. Fast Forward provides financial and human capital to help scale technology solutions geared to solving some of the world’s tough problems for which there is no market solution.

“We want to see more organizations leverage open-source software, always-connected devices, inexpensive variable-cost web infrastructure, APIs for most anything, and global scale to solve some of the world’s education, environmental, health, and human rights problems.”

As part of its FAQ, we were pleased to find that when this organization says it focuses on nonprofits, it means it.

We’re a for-profit social enterprise. Can we apply?
Our initial focus in on innovative solutions addressing problems for which there is no market solution. That’s where we see the biggest gap in the market. Unfortunately, for-profit corporations are not eligible to apply to Fast Forward at this time, but hopefully you can take advantage of one of the many funding sources available to B Corps.

Fast Forward is supported by nonprofit tech leaders like Sal Khan of Khan Academy, Premal Shah of Kiva, Charles Best of DonorsChoose, and Leila Janah of SamaSource, along with other investors, engineering and social-enterprise people. Donors include Andrew McCollum of Facebook, Scott Kleper of Context Optional, Josh Reeves of ZenPayroll, and Joe Greenstein of Flixster.

Sharon Farley and Kevin Barenblat are the co-founders of Fast Forward. Barenblat is the previous CEO and co-founder of social media marketing company Context Optional, which Efficient Frontier bought for $50 million in 2011. Farley was the founding former-executive-director of Spark, the world’s largest network of millennial philanthropists. Spark is fiscal sponsor for Fast Forward.—Ruth McCambridge