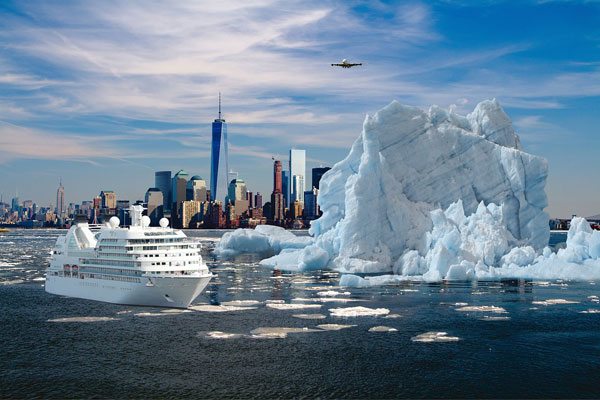 A new study published last week in the journal Science on the economic assessment of climate change damage in the U.S  found that rather than affecting the country all at once, as previously assumed, climate change will have disparate effects on communities.

As NPQ has noted, in the Southeast (especially Florida), the Midwest, and the Deep South, rising temperatures could see harvests dwindle, summer energy costs soar, and cardiac and pulmonary disease epidemics occur; rising sea levels would erase real estate holdings. The total cost for these regions would be the equivalent of an additional 20 percent tax on income.

Climate change will also negatively impact the South and Southwest. Agricultural yields could fall by more than 50 percent in Texas. In western Texas and Arizona, energy costs could rise by 20 percent.

New England, the Great Lakes states, and the Pacific Northwest could prosper, with their incomes rising by about 10 percent as a result of longer growing seasons and the decrease in cold winter days. The study doesn’t yet take into account the rapid collapse of the Greenland ice sheet, which scientists now predict.

In a recent CityLab article, Solomon Hsiang, a professor of public policy at the University of California, Berkeley and one of the authors of the study, explained the regional disparity as a consequence of hot places getting even hotter. “If you’re in a hot location already, then increasing the temperature tends to be much more damaging than if you’re somewhere that is cooler…The South, today, is very hot. So as the country warms up, the South is disproportionally bearing the burden.”

Though the study focused on the economic impact of climate change damage, it found that the loss of human life is the biggest cost. “Almost every county between El Paso, Texas, and Charlotte, North Carolina, could see their mortality rate rise by more than 20 people out of every 100,000,” almost twice that for people killed in auto accidents.

According to CityLab, “the high cost of climate change will fall on many of the places where people today seem least worried about the phenomenon.”

Joseph Majkut, the director of the Niskanen Center, a libertarian think tank, said, “Most of the risk maps show that climate change is going to be terrible for Trump country. Like, it’s not clear at all—from these maps—why reducing climate change is not a more urgent issue for Republicans, purely as a matter of representing their people.”

For the last 25 years, researchers have been seeking to forecast the economic cost of climate change in the hopes of arriving at the social cost of carbon, in order to create a carbon tax. But political opposition to carbon tax has continued unabated and the amount of carbon in the atmosphere continues to go up.

This study, the first product of Climate Impact Lab, is the most detailed and rigorous economic assessment of climate change damage to date. It built its model from the bottom up with county-level, real-world data. An underlying assumption for the projections, which run through 2099, is a well-organized economy, a strong political community, and ongoing global peace. The researchers intend to add new sectors and data sources into the study.—Cyndi Suarez