New FCC Ruling Could Put an End to Net Neutrality 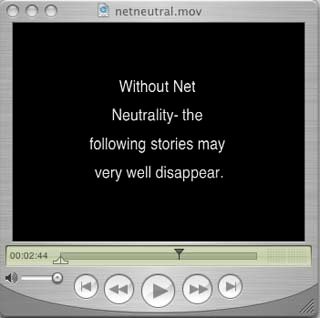 The Federal Communications Commission announced on Wednesday that it is proposing new rules that would allow Internet service providers like Comcast or Verizon to consult with online content companies, such as Google or Netflix, to charge them for using faster lanes to send content. Under the current proposal, broadband cable companies would have to disclose how they handle Internet traffic and on what specific terms they offer faster speeds, as well as if they are favoring affiliated companies. This proposal could lead to the termination of net neutrality, and advocacy groups are speaking out against the perils of the new rules.

A change in framework like this would give unfair advantages to corporations with large pockets. FCC’s new rules would allot more power to larger, wealthier companies and limit potential for start-ups to grow and have the same presence in the market. For example, a starting business that could not afford “fast track” Internet speeds while launching a video game or video streaming network might lose customers and support and eventually fail because of it.

“If it goes forward, this capitulation will represent Washington at its worst,” said Todd O’Boyle, program director of the nonprofit advocacy organization Common Cause’s Media and Democracy Reform Initiative in an interview with the New York Times. “Americans were promised, and deserve, an Internet that is free of toll roads, fast lanes and censorship—corporate or governmental.”

The proposed rules will be shown to the FCC’s other four commissioners and will be released for commentary by the public on May 15.—Aine Creedon